The heir to the Australian throne has barely left and now another heir to a crown is to arrive in Australia: HRH Prince Philippe of Belgium is to visit Australia and New Zealand from 18th to 30th November.

His Royal Highness leads the Belgian Economic Mission of 147 businessmen and women, representing 91 companies. Compared to the last mission to Australia and New Zealand in 2002, an impressive increase of 250% has been noted in terms of business participants and 62.5% with regards to participating companies. Together with 31 official delegates and 6 journalists, the delegation counts up to 184 members in total. 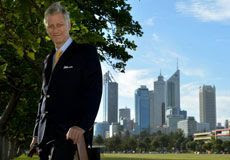 This royal visit will attract far less attention than the tour of The Prince of Wales and The Duchess of Cornwall. The Duke of Brabant - the Belgian heir's official title - will meet with Australian business people and politicians only. There will be hardly any opportunity for the public to see the Belgian Prince. After he arrives in Perth on 18th November the public may get a glimpse of him in Kings Park that afternoon  (3 to 4 pm). He will be received by HE Malcolm James McCusker AC CVO QC, Governor of Western Australia and WA's Premier Colin James Barnett MLA, but the media may well miss a photo opportunity because they wouldn't be able to recognise Prince Philippe.

The same fate may lie ahead for him in Sydney, where Prince Philippe and the Belgian Economic Mission are expected on 21st November in Sydney. In this city he has to brace for the rather anti-monarchist media who deal with royal guests only after they left and the media can complain about costs. Australian media rarely see the chance a royal visitor could mean for boosting the circulation or TV ratings. His Royal Highness and the Belgian Economic Mission will attend a reception hosted by the Honourable Barry O’Farrell MP, Premier of New South Wales, and visit the Sydney Opera House .

But establishing business relations between Belgian CEOs and Australian companies is not the only aim of Prince Philippe's tour down under. On 23rd November after meeting the Governor-General in Canberra the Duke of Brabant will lay a wreath at the Australian War Memorial followed by a round table on the Commemoration of World War I with the Australian Minister for Veterans' Affairs and for Defence, the Honourable Warren Snowdon. The Belgian newspaper La Libre Belgique pointed out that the Belgian Defence Minister Pieter De Crem is responsible for the preparations of the commemoration the Centenary of the outbreak of World War I. Nearly 60,000 Australian and New Zealand soldiers died in Belgium. Passendale in Western Flanders (English spelling: Passchendaele) was a particularly murderous battle field. The Belgian government is seeking cooperation with Australia and New Zealand in organising commemorative events from 1914 onwards. Australia will also be asked to take a share in the financial burden that highly indebted Belgium does not want to shoulder alone. In July 2007 The Queen of Australia, The Duke of Edinburgh paid their respect to Allied soldiers killed in Passchendaele. Also attending the anniversary was the monarch's representatives in Australia, Governor-General Maj. Gen. Michael Jeffery, and New Zealand Governor-General Sir Anand Satyanand. Canada was represented by Veterans Affairs Minister Greg Thompson and Indian Affairs Minister Jim Prentice.
But the Belgian delegation does not only deal with economic and war matters. In Melbourne Prince Philippe will lead a group of university principles of the Université Catholique de Louvain (UCL) into talks with Melbourne University on 26th November. The prestigious francophone university wants cooperation in research projects. Representatives of Flemish universities are not in the delegation, because, as La Libre Belgique claimed they are too much engaged in Turkey to be interested in Australia. (Les universités flamandes, elles, ne se sont pas inscrites à la mission. Marc Bogaerts, directeur général de l’Agence du Commerce extérieur, justifie leur absence par leur forte participation en Turquie. Les universités francophones ont donc pris le relais.)

Before the delegation leaves for New Zealand, Prince Philippe will have meetings with HE The Honourable Alex Chernov AC QC, Governor of Victoria, and the Honourable Ted Bailleu MP, Premier of Victoria.

Belgium is not high on the Australian agenda. Imports from the European Kingdom rank 28th or 1.7 billion €. The Belgian delegation that is due to arrive tonight could benefit both countries. A hearty welcome to His Royal Highness Prince Philippe:
Monseigneur, soyez le bienvenu en Australie. 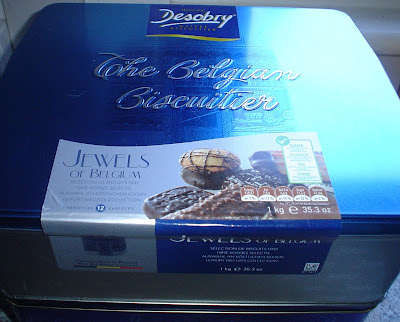 Biscuits made in Belgium deserve high praise as a delicious part of the 1.7 billion € exports to Australia. They are available at Woolworths only before Christmas. Be assured: Even republicans like the "Jewels of Belgium".
Posted by radical royalist at 6:52 am