The ABC and the Monarchy
The ABC is reluctant to show documentaries on our Royal Family. Yet, when they do they are usually a great success.

They are such a great success that the ABC shop has a whole "Monarchy section" with products all related to our Australian Royal Family.

Isn't it funny that these DVDs must be selling extraordinarily well, otherwise the ABC shop wouldn't give them a place of their own.

Have a look yourself what's on stock
http://shop.abc.net.au/browse/product.asp?productid=732228
Posted by radical royalist at 5:41 am No comments:

A photo says more than a thousand words
Every republic has the president it deserves. Sarkozy may grow with time.
Posted by radical royalist at 3:09 am No comments: 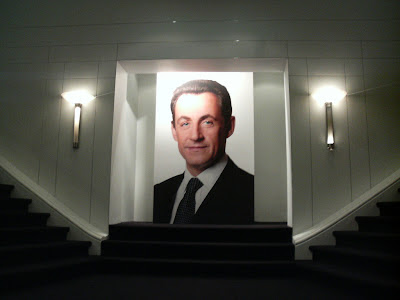 Republic in Action
France has come a huge step closer to Bonapartism, this time in disguise of Sarkozysm. The new emperor’s son, Jean Sarkozy, staged a coup against the head of the ruling UMP in Neuilly-sur-Seine, David Martinon, just four weeks before the French local elections. David Martinon is not just anybody, but spokesman of the Elysée Palace, where Jean’s dad happens to be residing as president. And Neuilly is not any part of Paris, but the richest and considered the most “chic”, where Nicolas Sarkozy started his political career. Young Jean looks to be a little bit young to become Mayor of Neuilly, but 21 may be the right age for the Prince Impérial to stretch his wings.

David Martinon misjudged the court of l’empereur Sarkozy. Being considered close to the president’s ex-wife, Cécilia Sarkozy, Martinon fell out of grace at the palace and had to pay the price for bad opinion polls. Since an early honeymoon after he was elected in May 2007, when 68 percent approved of M. Sarkozy, the polls plummeted further and further. This month Sarkozy's approval rating had fallen to its lowest point since he was elected. Pollster IPSOS said it had fallen 10 points to 39 per cent, while rival CSA said it had dropped six points to 42 per cent. Even in the UMP’s stronghold Neuilly-sur-Seine opinion polls saw a rival list of candidates ahead of the president’s party.

Last Sunday evening Nicolas Sakozy tried to sound like a statesman and addressed the nation explaining why it was perfectly alright that the French people had no say in the Lisbon Treaty. The new EU treaty was signed on 13th December 2007 in the Portuguese capital and is the EU’s answer to the refusal of the French and Dutch voters to accept the EU Constitution. The new treaty was passed by the French Assembly and the Senate last week and will become effective on 14th February. Sarkozy put it plainly: He had promised the French people in his election manifesto that he would have a new treaty passed by parliament rather than holding a referendum with uncertain outcome. He kept this election promise. He did not promise more democracy, but “reforms”. Change is all that matters. The local elections on 9th March, which he styled a “national test”, may bring a result he will not like.

The French president shows all signs of a politician who overrates his ego. He might soon face the people whom he did not dare to ask about their approval to the new EU treaty on the streets to fight an unpopular policy – and an unpopular president. His presidency looks more like Napoléon’s court than the model republic all those advocates of this “modern” form of state proclaim. Sarkozy shows how old this republican model really looks like.
Posted by radical royalist at 5:39 am No comments: 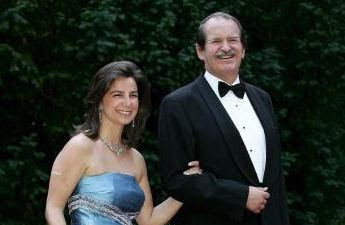 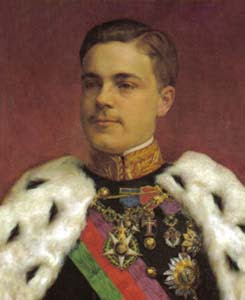 On Wednesday 6 February 2008, the Governor-General, His Excellency Major General Michael Jeffery AC CVO MC sent the following message to Her Majesty The Queen on the occasion of the 56th Anniversary of Her Accession to the Throne:

"It gives me great pleasure, on behalf of the people of Australia, to send to Your Majesty loyal and affectionate greetings on the Anniversary of Your Accession to the Throne”.

On a much more enthusiastic note the Canadian Government asked all Canadians to celebrate the accession of the Queen of Canada to the throne:

February 6 marks the anniversary of Her Majesty Queen Elizabeth II's accession to the throne as Queen of Canada.

For more than 50 years, Her Majesty has been a constant reminder of our heritage as a constitutional monarchy and of our unique identity-of our origins and of our constant evolution.

As Prime Minister Stephen Harper said last year, Her Majesty Queen Elizabeth II's "lifelong dedication to duty and self-sacrifice have been a source of inspiration and encouragement to the many countries that make up the Commonwealth and to the people of Canada."

I would like to take the opportunity presented by Accession Day to encourage all Canadians to express their pride in our identity as a constitutional monarchy and in the democratic heritage left to us by our forbears.

Posted by radical royalist at 9:47 pm No comments: