The website of the Australian Defence Forces (ADF) reported on the visit HRH The Prince of Wales paid to Afghanistan on 24th March 2010.

Prince Charles met with senior ISAF officers as well as Australian, New Zealand and British troops in Kabul before travelling to Helmand in a show of support to the British forces in the southern province.

HRH is the most senior member of the Royal Family to visit Afghanistan. 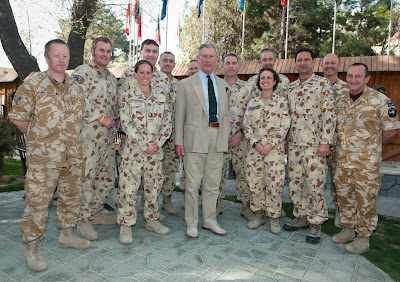 Explaining the reason for his visit, Prince Charles said:

"The main reason is that I admire deeply the Armed Forces and support what they are doing wherever I possibly can.

"The other thing also is that I have quite a large number of regiments of which I am colonel-in-chief; there are all sorts of other units in the force in which I try to take an interest. So while my people are out here I wanted to come and see them and sadly it has been difficult up until this time.

"So I am thrilled to have got here at last because I just wanted to see the kind of conditions they were in and also to try to generally take an interest and encourage."

Speaking about the difficulties faced by the families of those on operations Prince Charles added:

"It's a very, very worrying time for all the families when their loved ones are out here. As we know, particularly The Rifles have been having a bloody awful time in Sangin, which is obviously a particularly difficult area, and my heart goes out to them and their families.

"We're standing here with a memorial in the background to all those people who have given their lives for this country.

"And interestingly the elders I met today, all of them have been expressing immense appreciation for the fact that they have died, they were saying we'll never forget them.

"For the families, I know when my youngest son was out here, as a parent you worry the whole time. If you're out here, perhaps you're getting on with everything so it's not the same. But for everybody left behind it's ghastly.

"But having said that, the families are the most wonderful support for their loved ones. That's what they do so magnificently, and we're very lucky indeed to have so many families who have, for instance, two or three sons in the Armed Forces and go on for several generations. It makes me incredibly proud of what they do out here."

Posted by radical royalist at 6:53 am No comments:

One of the best known Australians living in Europe can celebrate his 80th birthday today: Rolf Harris, CBE, AM. He is an outspoken admirer of the Queen of Australia, Queen Elizabeth II, and never wavered in his loyalty to the Monarchy.

Rolf Harris, artist, musician, singer, TV presenter and one of Britain’s best-loved entertainers was born in Perth, Western Australia, on 30th March 1930. He has been awarded the CBE, is a member of the Order of Australia and has won many honours for his work in the entertainment industry.

He has been a champion swimmer, has had chart topping hits, written best selling books and has been voted the best entertainer ever, at Glastonbury. His paintings have been exhibited in London’s National Gallery and he is an honorary member of the Royal Society of British Artists. His Animal Hospital series was five times winner of the National Television Awards and he presented BBC TV shows Rolf Harris’s Star Portraits and Rolf on Art, which made TV history when it gained the highest ever ratings for an art programme.

Portraying The Queen
In 2005 Rolf Harris spent two months producing the official portrait of The Queen to mark her 80th birthday, which she celebrated on 26th April 2006. For the painting, The Queen wore a pearl necklace and brooch made for her to mark Queen Elizabeth, The Queen Mother's 100th birthday. The portrait took two months to complete and became an obsession, Harris waking up in the middle of the night to be drawn back to the canvas:

"I wanted to avoid that state portrait thing with the jewels and the pomp and splendour," he said. "I wanted to capture the lady as she is, with her humanity and reality." In this endeavour, he tried to make her smile. 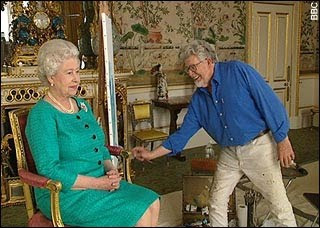 In his painting of the portrait of The Queen, Rolf Harris was following a family tradition — Harris' grandfather painted a portrait of The Queen's grandfather, King George V (in which King George V was inspecting the troops). The portrait was exhibited in the Australian National Portrait Gallery in Canberra for six months, after Harris gave the prestigious annual lecture there in 2008.

His portrait of Queen Elizabeth II, which was unveiled by Rolf Harris on 19 December 2005 at Buckingham Palace, was the subject of a programme The Queen, by Rolf, which was screened to a record breaking viewing audience on BBC One in 2006 in the UK. The ABC’s first transmission of the documentary The Queen, by Rolf on 23rd April 2006 attracted the high Australian wide TV audience of 1.28 million. This was the largest audience for this slot this year, and larger than any ABC audience for any programme in that week. But that programme was not broadcast as the same time as a major live football programme.

In June 2006 Rolf Harris figured on the Queen's Birthday Honours list and was made a Commander of the British Empire.

Rolf Harris is the first artist to be commissioned by the Royal Australian Mint to design the new commemorative one dollar silver kangaroo coin. When it was launched, special editions of the coin sold out immediately. In July 2008 he was inducted into the Australian Recording Industry Awards (ARIA) Hall of Fame and in December 2008 he presented the Annual Lecture on Portraiture at the official opening of the new National Portrait Gallery in Canberra. In the same month, he starred in a sell-out season at the Sydney Opera House Playhouse Theatre.

At 80 he is still a very active, creative and lively artist. And on his birthday the RadicalRoyalist wishes the Royalist across the seas a happy birthday and many returns of this day. We need men like him.
Posted by radical royalist at 11:37 am No comments:

While cities in Europe were destroyed in wars, especially in bombing raids during World War II, Melbourne is under major threat in peaceful times.

For once The Age found the right words:

“It took barely the blink of an eye for Justin Madden to change the face of Melbourne. On Wednesday, the Planning Minister received a 57-page advisory panel report recommending in favour of the dramatic redevelopment of one of this city's most beloved landmarks, the Hotel Windsor.
Overnight, he read and ruminated on the report and his department's accompanying advice - also in favour of the revamp. Yesterday morning, he resolved to accept the advice. By 1pm he made his announcement. Done.”

Melbourne has lost so many historic buildings in the past couple of years, now this $260 million “overhaul” (aka vandalism) will destroy a major landmark, just opposite the Victorian Parliament building.

The RadicalRoyalist has already opposed the plans, when they were made public in August 2009. The strongest objections will not change anything, because the power of money is behind the decisions. Neither the public nor those responsible to preserve the Victorian heritage will change anything. Justin Madden, who considers himself a potential Premier has all it needs to get the top job in Victoria: he does not listen to people, just to mates and “political advisers”. The way to destruction lies open to him. 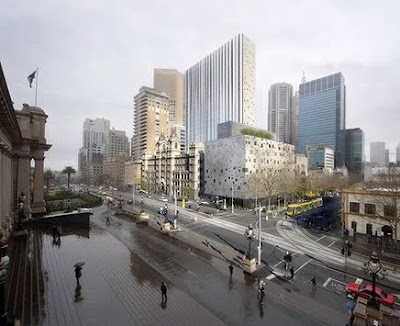 And what about the destruction of Westerfield Park, an environmentally unique area on Melbourne's south eastern edge... and for what ? A NEW FREEWAY!!
Posted by radical royalist at 5:47 am 4 comments:

But it seems, the editors have problems with royal news. As was evident last November, when SBS censored a French news programme and cut out a news item on the French pretender to the throne, Prince Jean, today SBS eliminated a report on Prince Charles in Poland. In the Polish News broadcast this morning on SBS the mid-broadcast summary announced Australia's future King meeting people in Poland (one obviously a Polish Muslim leader). However, this report was never shown on SBS.

Since this isn’t the first incident of this kind, one really has to wonder, why SBS thinks, royal news reports are inappropriate for the Australian audience. One case of this kind could be accidental, but twice within four months makes you wonder. 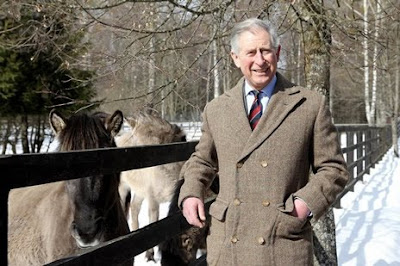 Pictures not to be shown in Australia: Prince Charles visiting a park for endangered animals in Bialowieza/East Poland.
Posted by radical royalist at 6:34 am 2 comments: