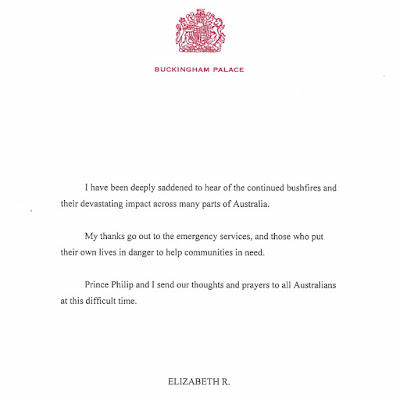 Her Majesty The Queen has sent a message of condolence to the Governor General of Australia, Governor of New South Wales, Governor of Queensland, and Governor of Victoria and to all Australians.
Posted by radical royalist at 5:30 am No comments: 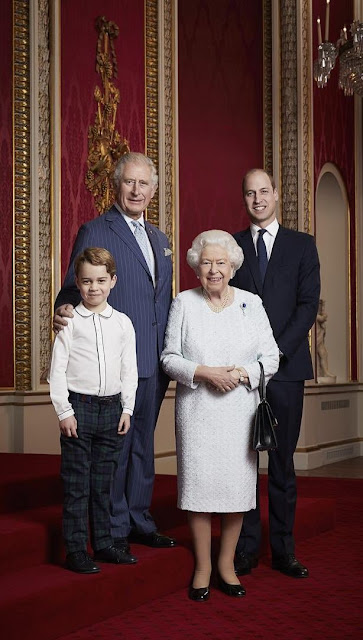 The youngest royal's elevated position in the new portrait is reminiscent of the 2016 photo, when then-two-year-old Prince George stood next to his great-grandmother on a blue and black step, holding the hand of his father, Prince William.
Posted by radical royalist at 11:05 am No comments: