Get the priorities right


Question on Twitter:
Why was it right making #PrincePhilipAK an Australian knight? Because he couldn't care less about a storm in a teacup.

That can't be said about many voices in Australia, eagerly reproduced in Australia. They love to bash Prince Philip and first and foremost the one who asked Her Majesty to grant a knighthood to The Duke: Prime Minister Tony Abbott. They are out to get his head.

All because of a minor event.

No matter what goes on in the world, the Australian media heat up the fire of the anti-Tony campaign.

Is the Grexit looming in Greece? With consequences for the financial world - and every one of us? May be, but what's that against a juicy knighthood story?

Continuing violence in the Middle East, thousands killed every day. And ISIL killed another Japanese hostage/ Oh please, let us get rid of our PM because of bestowing an honour.

War in Eastern Ukraine? The Australian public isn't concerned about that because they are preoccupied with Tony Abbott and Australia's honour system.

There's something wrong with the priorities in Australia.
Posted by radical royalist at 9:24 pm No comments:

Sir Angus Houston praises Prince Philip: "I am a great admirer of the Duke of Edinburgh."


On yesterday's Australia Day it was announced that Her Majesty Queen Elizabeth II, Queen of Australia, had appointed former Defence Force Chief Angus Houston a Knight of the Order of Australia. In an interview with the ABC Sir Angus tells Joe O’Brien how surprised and humbled he feels by the honour.

Sir Angus also praises the other recipient of Australia's highest honour, HRH Prince Philip, The Duke of Edinburgh: "I am a great admirer of the Duke of Edinburgh. I think the Duke of Edinburgh scheme is one that has probably been more successful than any other schemes in recent years in terms of  helping the development of young people. A lot of the things the Duke has been involved in for many many years demonstrate an incredible commitment by him in terms of causes that not only effect the British people, but also effect the people of the Commonwealth. And I hold him in very deep respect for the decades of service that he has given the UK and the Commonwealth."

Posted by radical royalist at 3:40 am No comments:

Her Majesty The Queen of Australia has accepted the Prime Minister's recommendation that His Royal Highness The Prince Philip, Duke of Edinburgh and Air Chief Marshal Angus Houston AC (Mil) AFC (Retd) be awarded Australia’s highest honour as Knights of the Order of Australia.

Prince Philip’s long life of service and dedication should be honoured by Australia.

For three quarters of a century, Prince Philip has served the Crown, and the wider Commonwealth. He served originally as an officer in the Royal Navy and then as a member of the Royal family.

The Duke of Edinburgh joins The Prince of Wales who was appointed a Knight of the Order of Australia in 1981.


Air Chief Marshal Sir Angus Houston AK AC (Mil) AFC (Retd)
This honour recognises Air Chief Marshal Houston’s extraordinary and pre-eminent achievement and merit in service to Australia over many years. Sir Angus served in the armed forces for over forty years rising to become Chief of Air Force in 2001 and Chief of the Defence Force in 2005.

In the difficult hours after the loss of MH 370 and the loss of MH 17, Australia turned to Sir Angus to lead our response. He headed the Joint Agency Coordination Centre during the search for Flight MH 370 and he was my Special Envoy to Ukraine leading efforts to recover, identify and repatriate Australians killed on Flight MH 17.

Successive governments have relied on Sir Angus’ wisdom, judgment and character. Throughout his life, Sir Angus has put Australia first.

Minor republican grumble on Australia Day
Unlike previous Australia Day holidays, this year saw only little mumbles of republicansm. The Leader of the opposition, William Shorten, held a speech to mark the launch of a new book to re-establish his republican credentials: "Let us rally behind an Australian republic – a model that truly speaks for who we are: our modern identity, our place in our region and our world." In a subsequent press conference, Mr Shorten said that while he was not yet pushing for a second referendum, because the opinion polls clearly indicate that the number of republicans is declining and Mr. Shorten avoided any indication on what kind of republic he wants to replace the successful Australian Monarchy.

The Age hid Mr Shorten's speech on page 6 and referred to it in its Australia Day editorial without great optimism:


Australians show little inclination to revisit the debate about ties to the monarchy. ...
The Age supports the goal to appoint an Australian head of state, to reflect the country's confident and independent identity in what has been termed the Asian century. But Australians will only support a republic when the model of presidential system is settled and community leaders demonstrate a willingness to advocate for the cause.

Happy Australia Day! And long live the Queen of Australia!

The Queen's message to the people of South Australia and Victoria


Prince Philip and I send our sincere thanks and appreciation to the hundreds of firefighters and community volunteers who have risked their lives to contain the bushfires in South Australia and Victoria.

Our thoughts are with the families who have lost their homes and personal possessions in the fires.

I commend the courage and fortitude of the men and women who continue to assist with the emergency operations and those who are providing support to the people who are directly affected. 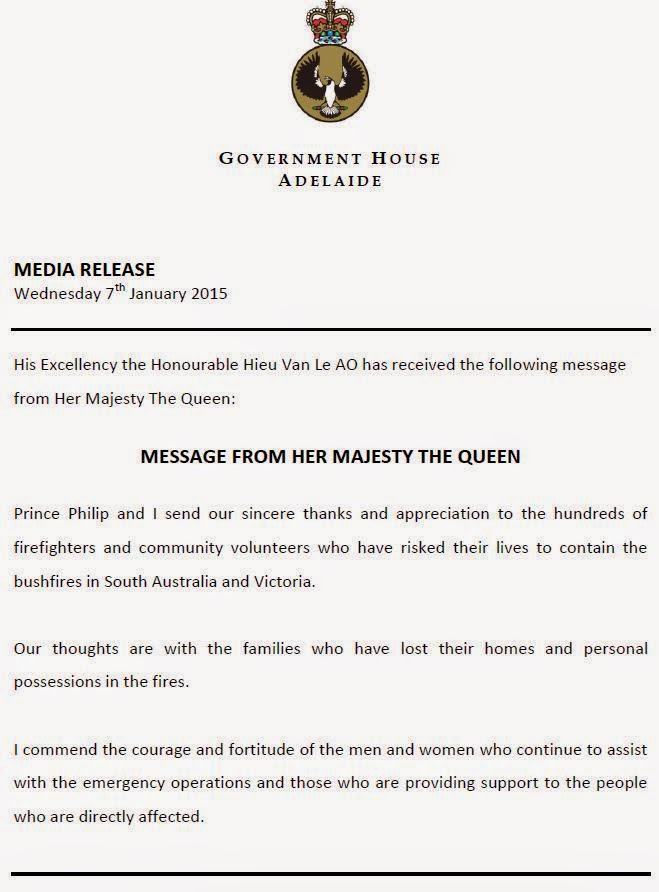 Posted by radical royalist at 4:44 am No comments:


The horrible events in Paris don't need further comments. The cartoons and photos that made Charlie Hebdo famous speak for themselves. 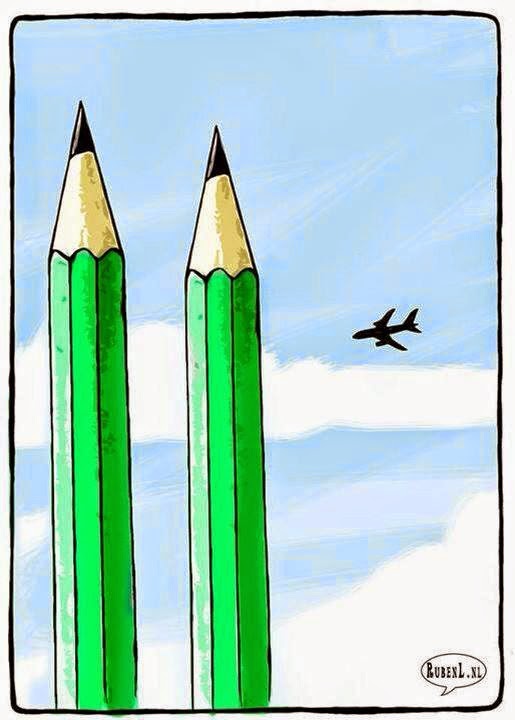 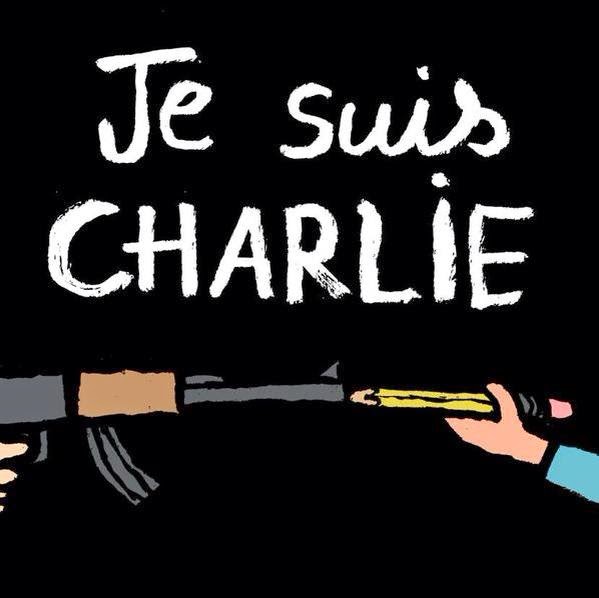 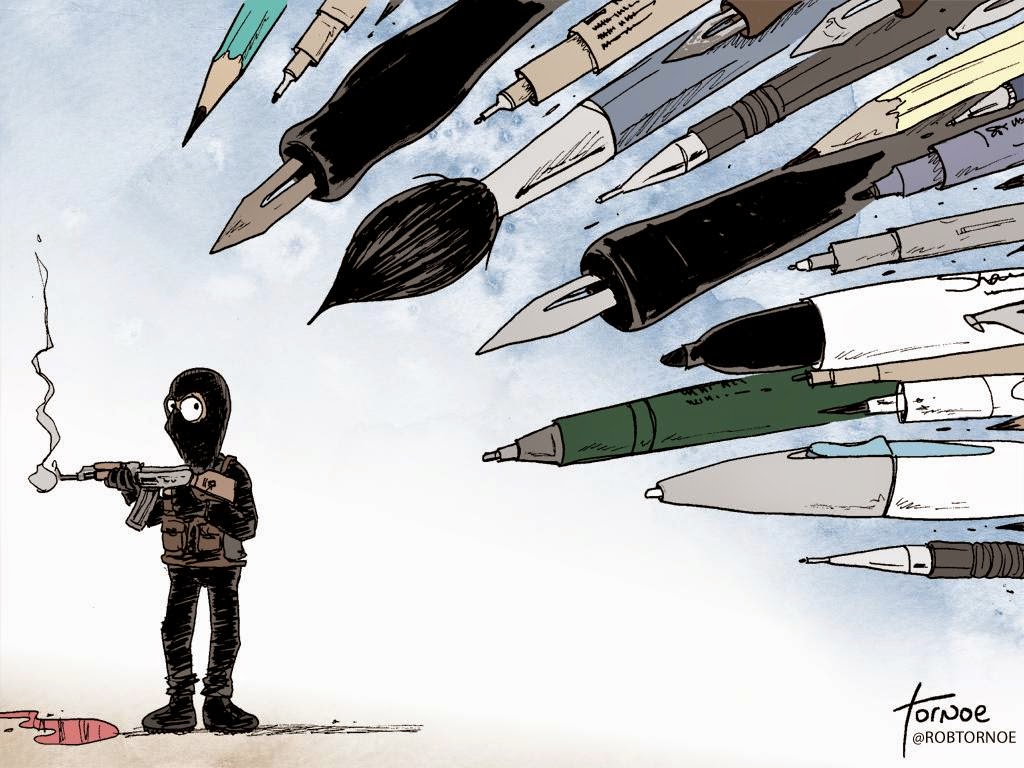 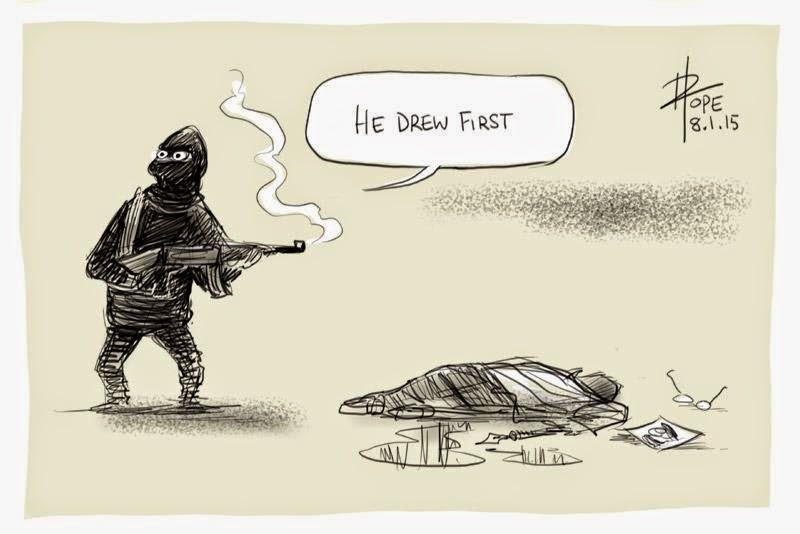 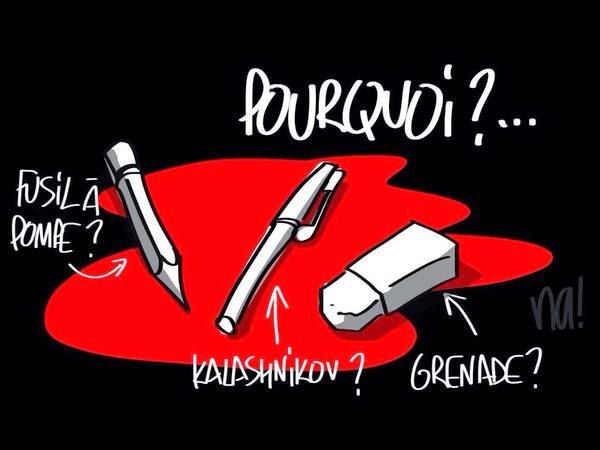 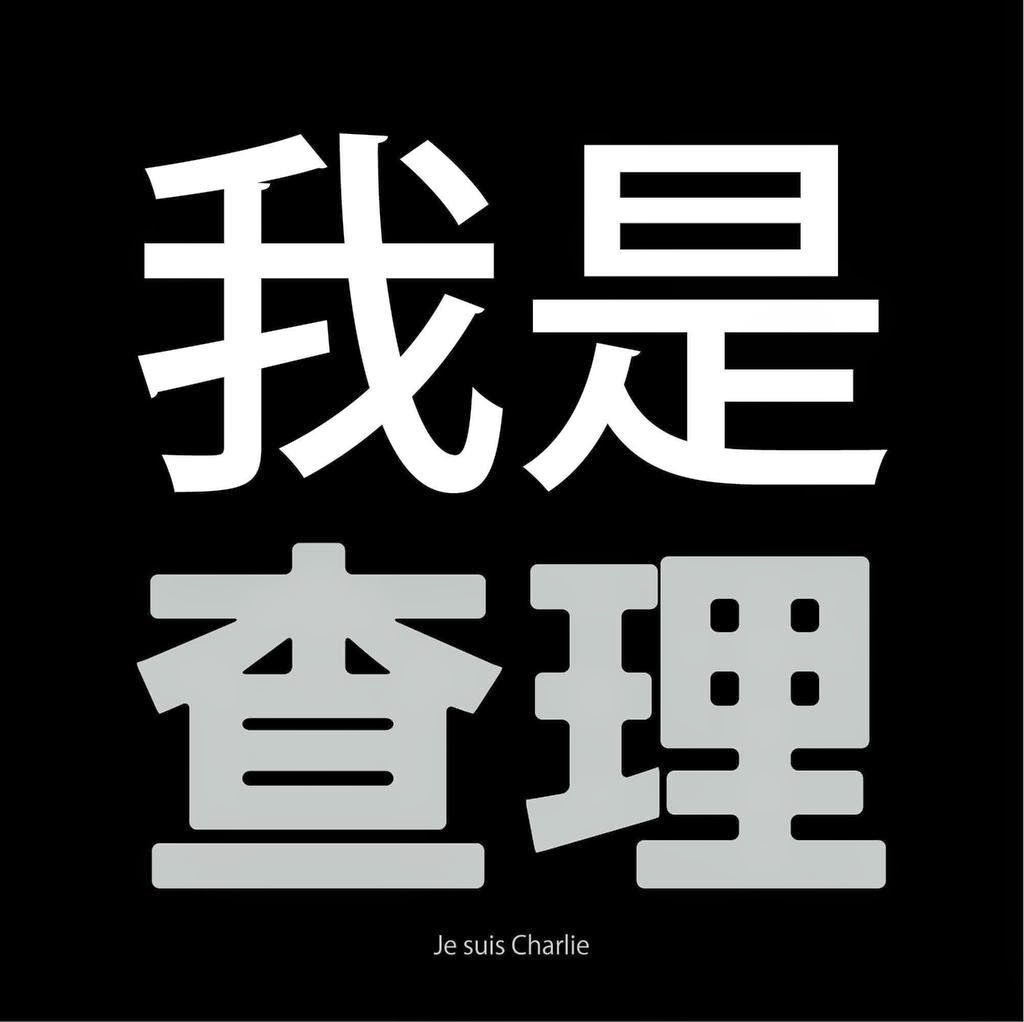 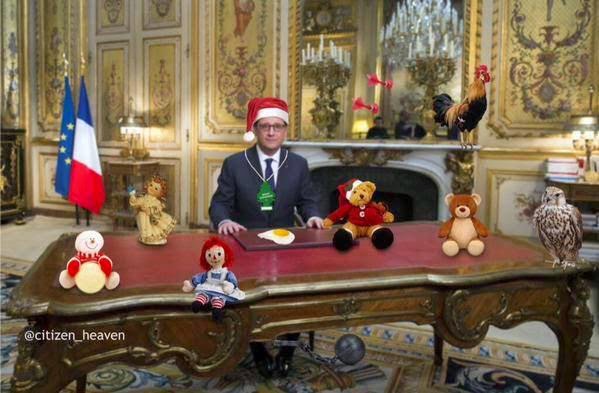 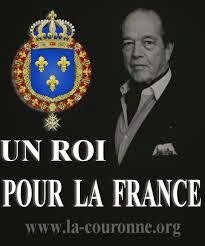 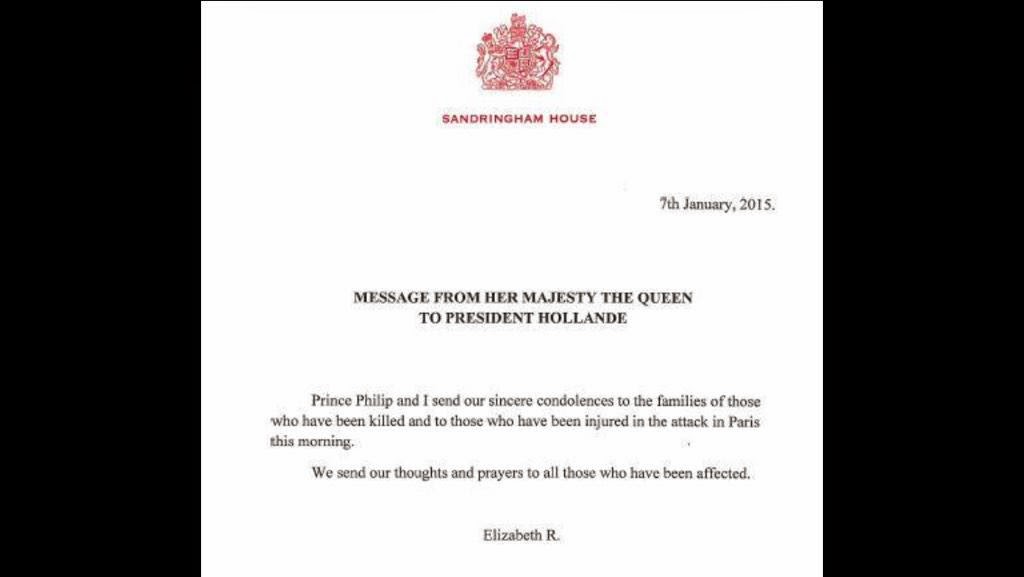 Posted by radical royalist at 8:44 pm No comments: