Dates announced for The Queen's stay in Australia

As previously announced, The Queen and The Duke of Edinburgh will visit Australia this Autumn.

Her Majesty and His Royal Highness will arrive in Canberra on Wednesday, 19th October before travelling to Perth on Wednesday 26th October for the Commonwealth Heads of Government Meeting.

Additionally, the Royal couple will undertake two “away days” one to Brisbane on Monday 24th October, and one to Melbourne on Wednesday 26th October.

The Queen and The Duke of Edinburgh will depart Australia on Saturday 29th October. Find out more about The Queen of Australia

Queensland's Premier Anna Bligh said the visit was "great news" for Queensland, where the deluge of water was followed almost immediately by destructive Cyclone Yasi.

"I know Prince William's visit really gave people a shot in the arm after the terrible disasters that we had and I'm sure that people will feel the same when they see Queen Elizabeth here," Ms. Bligh said.

Prime Minister Julia Gillard also welcomed the monarch's 10-day visit for the Commonwealth Heads of Government Meeting in Perth on 28th to 30th October, which will also see her go to Melbourne and Canberra.

"Visits by the Queen are etched into the collective memory of the Australian people," Ms. Gillard said in a statement. "Many Australians can recall Her Majesty's previous visits as landmarks in their own lives."
Posted by radical royalist at 11:29 pm No comments:

Email ThisBlogThis!Share to TwitterShare to FacebookShare to Pinterest
Labels: Commonwealth, Duke of Edinburgh, Queen of Australia 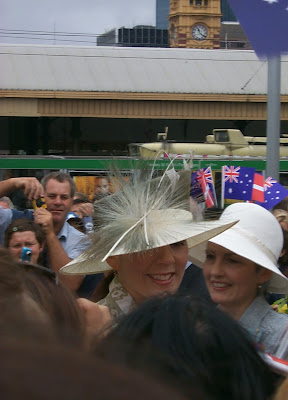 Murdoch and Fairfax newspapers argue with each other. That's nothing new, but it is a kind of ironic, that the two equally fiercely republican papers argue about who first published news about the Danish Crown Prince Frederik and Crown Princess Mary's visit to Australia. Today The Age claimed the crown for itself.

RUPERT Murdoch's excited minions grabbed the 'exclusive' stamp again and plastered it over a Sunday Herald Sun story about Denmark's Crown Princess Mary and Crown Prince Frederik coming to Australia on November 19, the headline saying 'Aussie tour dates revealed'. This column revealed on August 3 that the couple were arriving on November 19 to head the Bright Green Denmark business and trade delegation and show off their twins. Royal bridesmaid Amber Petty is 'massively excited' about the visit. The tabloid said the couple was tipped to attend the Alannah and Madeline Foundation Starry Starry Night ball, a fact also mentioned in this column and in 3AW's Rumour File in July. Not that anyone wants to ruin the 'exclusive' excitement. 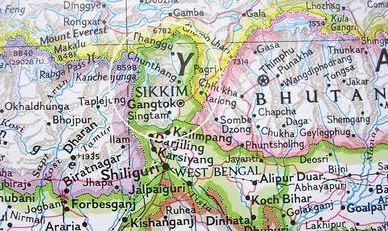 This Sunday Sikkim, a state that is dear to the RadicalRoyalist's heart was hit by an earthquake. A powerful earthquake hit the Sikkim-Nepal border with a magnitude of 6.8 at 6.10 p.m. local time, leaving at least 17 persons dead and more than 100 injured, besides causing extensive damage to buildings and roads.

The epicentre was about 69 km northwest of Sikkim's capital Gangtok, 119 km north-northwest of Siliguri (India) and 272 km east of Kathmandu (Nepal).

Of the deaths, seven occurred in Sikkim, five in Nepal, three in the Darjeeling hills of West Bengal and two in Bihar, according to reports received here.

Among the victims in Sikkim, two died at Singtham in East district, two in Rishi in West district and one at Mangan in North district, Chief Secretary Karma Gyatso said in Gangtok. Two Indian army jawans were killed in north Sikkim, and three army vehicles including one with Indian army personnel were reported missing.

In Sikkim, there were also reports of landslips as it was raining, and power supply was seriously disrupted. Mobile phone services were not functioning and only BSNL lines were working.

In Nepal, three of five deaths occurred outside the British Embassy in Kathmandu when a high brick wall collapsed.

After the earthquake, the Siliguri-Gangtok road has been blocked and 10 Army Engineering columns have been deployed to open it for moving rescue and relief and other engineering equipment to the region.

Posted by radical royalist at 7:37 am No comments:

Email ThisBlogThis!Share to TwitterShare to FacebookShare to Pinterest
Labels: Sikkim 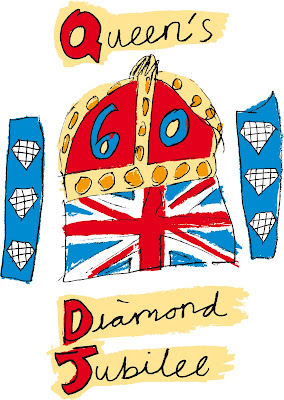 With HRH The Princess Royal as Patron, the Jubilee Woods project is set to create hundreds of new woods, transforming our landscape in a generation and making a real and meaningful difference for many years to come.

Together, communities, schools, companies and landowners will plant a total of 6 million trees, creating hundreds of Jubilee Woods and copses.

What's more, 60 very special Diamond Woods of at least 60 acres will also be planted – each representing a year of Her Majesty's reign.

We hope friends, neighbours and families will come together to plant thousands of individual trees in their gardens or backyards, too – each taking the chance to mark this moment in history in a way that will stay with them forever.

The Woodland Trust can offer landowners help and advice every step of the way.

A living, breathing legacy and the ultimate tribute to Her Majesty, each Diamond Wood will support our best-loved birds and wildlife and feature in a beautiful commemorative booklet, which the Woodland Trust will present to The Queen at the completion of the project. 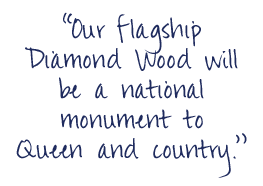 Sites should ideally be around 60 acres and planting will commence from autumn 2011 until the close of 2012.

Unfortunately this project appeals to British landowners only, however, the idea is fascinating and should be adopted in Australia. This continents needs more trees.
Posted by radical royalist at 9:18 am 1 comment:

The 40-tonne Archimedes’ screws were put in place by crane at Romney Weir on the River Thames, just a few miles from her favourite royal residence.

Since August 2008 a hydro power station supplies electricity to Balmoral Castle in Scotland.

Posted by radical royalist at 1:27 pm No comments: 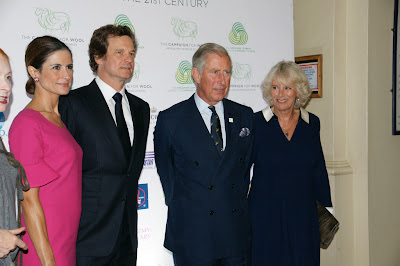