Queen Elizabeth II and Prince Philip, The Duke of Edinburgh, will mark their platinum wedding anniversary on 20th November in a milestone no other monarch has achieved.

From 1pm on Monday, the bells of Westminster Abbey will ring to mark the anniversary.

As usual it is difficult to find hints, where monarchists could gather to celebrate the royal couple.

In Melbourne Australians for Constitutional Monarchy and The Monarchist League of Australia (Victorian Chapter) invite to attend a Dinner to celebrate the 70th wedding anniversary. It will take place on 22nd November at The Melbourne Club.

Australia Post have just released a stamp set for the platinum wedding anniversary of the Queen and the Duke of Edinburgh. Below is an image featuring the $1 Perth Mint coin and medallion cover which are both available from participating Post Offices, via mail order on 1800 331 794 and online at auspost.com.au/stamps from 20 November 2017 while stocks last.

It is suggested you speak to your local Post Office to ensure they have the stamps and products available for sale to the general public. 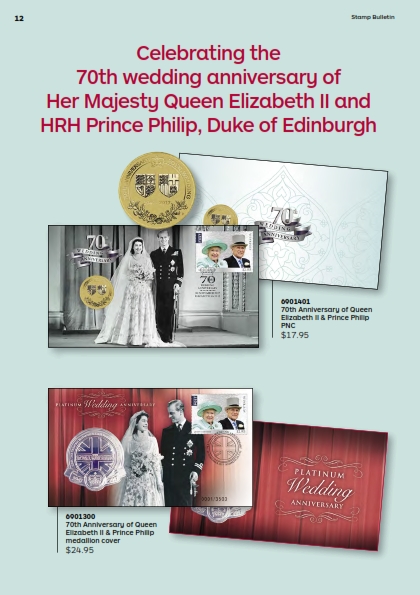 Whereas the anniversary falls on November 20th, this celebration is arranged to coincide with a sitting of Her Majesty’s Parliament.

The Prince of Wales celebrates his 69th birthday 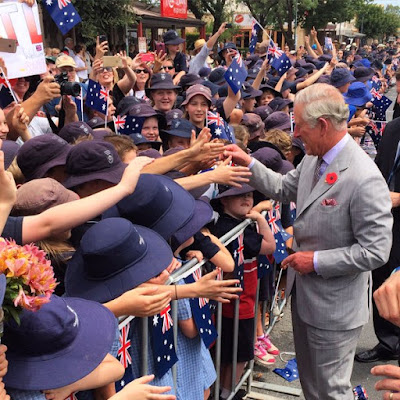 When Charles Philip Arthur George Windsor was born on 14th November 1948 the water in Trafalgar Square’s fountains was coloured blue. Since then a lot of water has flown down the river Thames, but he has steadily prepared to ascend to the throne of the United Kingdom and the other realms and territories of the Commonwealth that still enjoy the advantages of a Constitutional Monarchy.

As good as it is possible, The Prince of Wales supports Australian causes, for example the Australian Wildlife Conservancy (AWC) whose Patron Prince Charles is, bringing global attention to the plight of Australia’s threatened wildlife: "His lifelong record of supporting conservation plays a vital role in raising awareness of the need for decisive, practical action to protect Australia’s threatened wildlife.

"Australia is home to more biodiversity than any other developed nation, reflecting both the extraordinary diversity of species in Australia and the fact that a very high proportion are found nowhere else on Earth. Sadly, however, we now have the planet’s worst mammal extinction rate and nearly 2,000 surviving plants and animals are on the national threatened species list.

"As Patron, Prince Charles helps highlight and promote the globally significant efforts of AWC to halt and reverse the tide of extinctions in Australia. His Royal Highness is committed to conservation and is keen to help to preserve iconic species like the Greater Bilby for generations to come.

"Prince Charles has a long history of involvement and interest in environment, sustainability and conservation including through a range of organisations of which he is Patron and his own Charitable Foundation. In Australia, the Prince has established The Prince’s Charities Australia and is Patron of a number of charitable organisations." www.princescharitiesaustralia.org.au 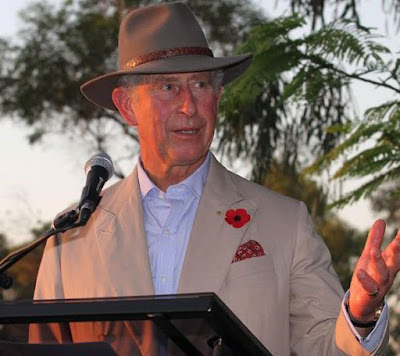 The Prince’s Trust Australia partners and collaborates with highly regarded Australian organisations to enable evidence-based programs to be delivered efficiently and effectively at both a local and national level. This includes identifying or creating programs to address specific social challenges, brokering partner relationships, and providing financial support to our partnership programs.

The Prince’s Trust Australia has a number of project areas across the following categories:

DEFENCE MEMBERS AND THEIR FAMILIES

The program is underpinned by a nationally accredited Certificate IV in Small Business Management and builds upon the resilience, self-discipline and commitment to excellence developed and matured with the A.D.F. The program is also supported by an Advisory Council, chaired by His Excellency General The Honourable David Hurley A.C. D.S.C. (Ret’d), the Governor of New South Wales. To date, 65 A.D.F. personnel from across Australia have participated in the P.L.Y.O.B. program. The Prince’s Trust Australia welcomes applications on a rolling basis throughout the year.

P.T.A. partners with the E.O.N. Foundation as a supporter and advocate helping raise awareness of E.O.N.’s Thriving Communities Program for remote Indigenous communities and schools. Based in Western Australia, E.O.N.’s Thriving Communities Program is an early intervention, nutrition-based healthy lifestyle and disease prevention program focused on young Indigenous Australians and their families.

P.T.A. also works in partnership with Phoenix Australia – Australian Centre for Posttraumatic Mental Health, leading an international consortium of mental health researchers to develop a ground-breaking evidence-based recovery program for survivors of natural and man-made disasters. Known as interPAR, this new program will allow communities, health services, and governments to access a recovery tool kit at any time, and at no cost, to reduce distress and improve the quality of life of survivors.

Guided by His Royal Highness’ leadership in environmental sustainability, P.T.A. is currently working with Greenfleet Australia and The Walt Disney Company to create a community activation program with global reach. This “Low Glow” campaign works to support the endangered Loggerhead turtle in Bundaberg, home to more than 50% of all nesting Loggerhead turtles in the South Pacific Ocean.

P.T.A. is also a founding partner of the Citizens of the Great Barrier Reef, a new platform empowering the global community to commit to working together to save one of the world’s most important natural assets and is working with The Reef Alliance recognizing exemplary efforts to raise awareness, foster knowledge-sharing, and engage local communities in sustainable natural resource management to protect and preserve the Great Barrier Reef through The Prince of Wales Environmental Leadership – Reef Sustainability Award. 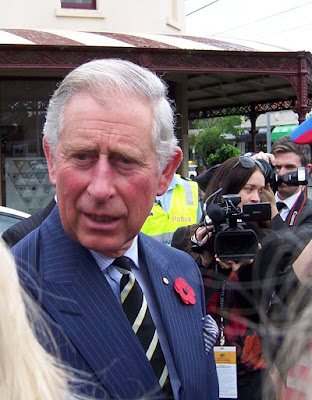 THE BUILT ENVIRONMENT
Working in partnership with Defence Housing Australia and S.A. Renewal, P.T.A. has developed Australia’s first six-star green star rated residential building in Bowden, South Australia. The Princes Terrace Adelaide merges good design with sustainable building practices, attesting to its commercial viability and the benefits of mixed-use development, while paying homage to and reflecting local heritage. The Terrace is due for completion in November 2017.

Over the past 10 years, The Prince’s Trust in the U.K. has supported more than 18,000 young people through the Get Into program, working with employers across a variety of sectors, including hospitality, retail, construction and logistics.

The Get Into program supports young people to develop sector-specific skills to help them secure long-term employment. The Prince’s Trust Australia is working with Adelaide-based not-for-profit S.Y.C. to roll-out the Get Into program across the country after a highly successful pilot program in early 2017.

The Prince’s Trust Australia has partnered with the Foundation for Rural and Regional Renewal (F.R.R.R.) on a pilot program seeking to establish a road-tested model of community-led disaster preparedness. The Disaster Resilient: Future Ready project engages current research, local communities and stakeholders to develop and test the framework, indicators, tools and assets to better prepare communities with place-based, sustainable processes.

The Encounters Indigenous Cultural Workers Fellowship Program was created in response to the Encounters exhibition. Delivered in partnership with the N.M.A. every two years, the inaugural 2016 Fellowship enabled six Indigenous cultural workers from regional and remote communities to travel across Australia and the United Kingdom as part of an intensive three-month international fellowship to develop cultural, creative or heritage sector skills and capabilities. 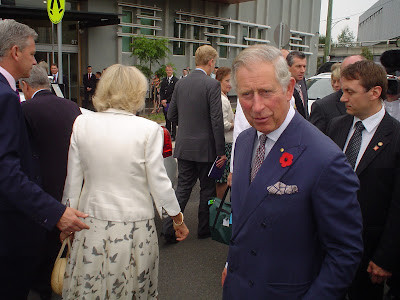 Posted by radical royalist at 1:08 am No comments:

Between 1993 and 1994, Tony Abbott served as Executive Director of Australians for Constitutional Monarchy (ACM) and fought bravely in 1999, when in a referendum the Australian people rejected a republic.

Australians for Constitutional Monarchy held its National Conference in Melbourne in October 2017 and Tony Abbott gave the keynote speech:

Posted by radical royalist at 5:04 am No comments: