Commonwealth Day Message by Her Majesty the Queen, Head of the Commonwealth 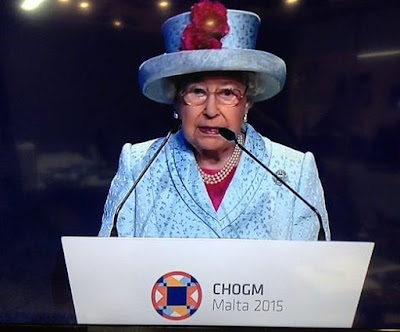 Wherever we live in the Commonwealth, we can always benefit from being open to the ideas and encouragement of those around us. Each of us can also make a positive difference in the lives of others by being willing to contribute and offer support.

This is an essential ingredient of belonging to the Commonwealth: the willingness to share, to exchange and to act for the common good. By including others, drawing on collective insights, knowledge and resources, and thinking and working together, we lay the foundations of a harmonious and progressive society. The greater the diversity of those included in such a shared enterprise, the greater the gains. Each of us has cause to celebrate the sense of belonging expressed in our 2016 theme: 'An Inclusive Commonwealth'.

Our recognition of this value, and the wisdom of mutual respect for each other, is set out in the Commonwealth Charter. Its opening words, “We the people of the Commonwealth” convey the conviction that individuals, as well as governments, build and shape our success.

Being inclusive and accepting diversity goes far deeper than accepting differences at face value and being tolerant. True celebration of the dignity of each person, and the value of their uniqueness and contribution, involves reaching out, recognising and embracing their individual identity.

At the recent Commonwealth Heads of Government Meeting, there were forums for women, youth, business and civil society. These forums were a place for reflection on how to contribute collectively to achieving positive global change, for which the Commonwealth is widely respected.

Today, and in the year ahead, the theme 'An Inclusive Commonwealth' is an inspiration for us all. Let us give it practical effect by supporting those in need and those who feel excluded in all walks of life. By doing so, we will continue to build a truly representative Commonwealth community.

The service will be broadcast live for the first time on BBC One from 14.45 – 16.15 hrs, streamed live on www.bbc.co.uk relayed live on the BBC World Service.
For those outside the UK it will be on www.bbc.com/news.

The service from Westminster Abbey in London can be watched until 13th April here and a pdf-file of the order of the service can bedownloaded here.

The Commonwealth Service in Queensland 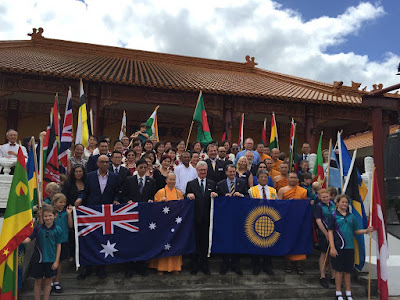 Posted by radical royalist at 2:59 am No comments:

Next Monday is Commonwealth Day


Fifty-three countries will come together to celebrate Commonwealth Day 2016 on 14th March under the theme ‘An Inclusive Commonwealth’. Among the many activities and events taking place globally, a multi-faith service at Westminster Abbey will welcome thousands of guests from around the world. BBC One will broadcast it live from 14.45 to 16.15 under the motto: The Queen's 90th Birthday: A Service of Celebration for Commonwealth Day.

Commonwealth Day is held on the second Monday in March every year. It is an opportunity for individuals, communities and organisations to promote shared Commonwealth values of peace, democracy and equality, and to celebrate the association’s rich diversity. It coincides in Victoria with Labour Day (Western Australia had it one week earlier and Tasmania will celebrate Labour Day one week later).

With a population of more than two billion, the Commonwealth encompasses the fastest growing countries, the smallest, the least developed and the most populous. The strength of the association is derived from shared historical ties, extensive global networks and a spirit of co-operation to tackle global challenges and improve lives.

Monarchists in Melbourne
In Melbourne The Australian Monarchist League invites members and friends to attend a dinner at Victoria Barracks on Saturday, 19th March. Enquiries to: eharper@monarchist.org.au
Posted by radical royalist at 5:37 am No comments: