The Duke of Bragança turns 70

His Royal Highness Dom Duarte Pio, Duke of Bragança celebrates his 70th birthday today. Born on 15th May 1945 in Berne/Switzerland, Dom Duarte and his family were banned from entering Portugal until in 1950 the National Assembly repealed the laws of exile. In 1951 Dom Duarte visited Portugal for the first time accompanied by his aunt the Infanta Filippa. In 1952 he moved to Portugal permanently with his parents and his two brothers. 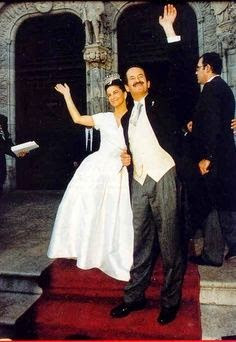 When Dom Duarte married the Portuguese noblewoman Isabel de Herédia twenty years ago on 13th May 1995 the country enjoyed the first royal wedding since the marriage of King Dom Luís in 1862. The ceremony, televised throughout Portugal and other Portuguese speaking countries including Brazil, Angola and Mozambique, was celebrated in the Monastery of Jerónimos in Lisbon and presided over by the Patriarch of Lisbon, Cardinal António Ribeiro, and attended by the president of the republic, Mário Soares, the president of the National Assembly, the then prime minister Aníbal Cavaco Silva, who was elected president of Portugal in January 2006. 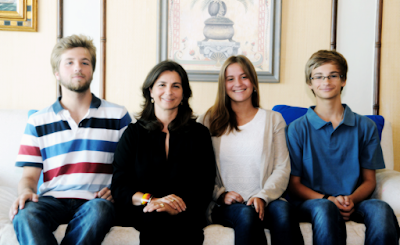 The birth of Infante Afonso, Prince of Beira, on 25th March 1996 was the first royal birth in Portugal since the birth of Dom Manuel II, Portugal’s last King, in 1889. With two more children born in 1997, Infanta Maria Francisca, and Infante Dinis, Duke of Porto, in 1999 the succession is secure and the Portuguese Royal Family florishes in the 21st century, ready to ascend to the throne.

A couple of days before his birthday, Dom Duarte answered questions of the internet platform Jornal I. Asked if he believes that Portugal could regain her Monarchy, he replied: “I believe it is possible, depending on the circumstances.” The existing Portuguese constitution does not allow a referendum of the question of the form of state. Dom Duarte considers these restrictions a limitation of democracy. His father Dom Duarte Nuno had taught his children that they should be ready to serve Portugal in whatever position. “We have to serve as military, civil or king, but we also have to be prepared for exile.”

Dom Duarte is proud to have relations to all parties from the Christian Democrats to the Communists. They invited him to official ceremonies stating that they acknowledge his social activities. 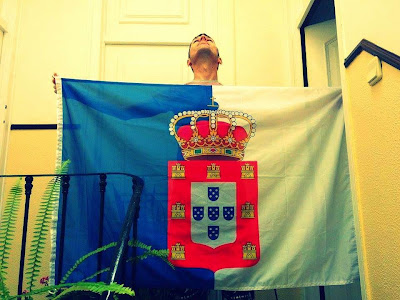 Posted by radical royalist at 1:10 pm No comments:

The Honourable Jason Kenney, Minister of National Defence, today announced that His Royal Highness The Prince of Wales and Her Royal Highness The Princess Royal (Princess Anne) have been appointed as Commodores-in-Chief of the Royal Canadian Navy (RCN) by Her Majesty Queen Elizabeth II, Queen of Canada. This is the first time in history that members of the Royal Family have been appointed as Commodores-in-Chief of the RCN. The announcement of the appointments coincides with the RCN’s commemoration of the 70th anniversary of the end of the Battle of the Atlantic, one of the longest, largest and most complex campaigns of the Second World War.

The duties associated with the appointments are ceremonial in nature. A Commodore-in-Chief is kept informed of all important activities of their affiliated unit and may engage with the unit in a ceremonial capacity as opportunity allows.

Quick Facts
Commodore-in-Chief is an honorary appointment whose purpose is to maintain a direct link between the unit and the Royal Family. It is bestowed by The Queen on various members of the Royal Family.

The Queen has appointed various members of the Royal Family as Commodores-in-Chief of the British Royal Navy since August 2006.

Quotes
“The Royal Family has had a strong relationship with the Royal Canadian Navy since the inception of this proud institution in 1910. I am therefore delighted to welcome the appointments of The Prince of Wales and The Princess Royal as the new Commodores-in-Chief of our Royal Canadian Navy. It is fitting that this honour should be bestowed on the anniversary of the end of the Battle of the Atlantic, during which British and Canadian naval forces fought side by side on the high sea for freedom, peace and democracy.”

Posted by radical royalist at 12:21 pm No comments:

Australian gifts for the new Princess

Prime Minister Tony Abbott congratulated the Duke and Duchess of Cambridge:
"The birth of a baby is a great moment for any family and Australia shares this young family's joy," Mr Abbott said in a statement on Saturday night. "We wish the young Princess a long and happy life. I am sure that the Princess and her older brother, Prince George, will in time develop a deep familiarity and love of Australia, feelings the rest of their family already share."

The Queen of Australia's Governor-General, Sir Peter Cosgrove and Lady Cosgrove said they were "thrilled" by the news: "We hope Their Royal Highnesses enjoy this special time as well as the life of fond memories they will build together as a family. We look forward to seeing the whole Cambridge family in Australia sometime in the future."

On behalf of the government and the people of Australia a gift is dispatched to the Duke and Duchess of Cambridge to mark the birth of the new princess.

A cot blanket made from Tasmanian merino wool has been sourced from Launceston's renowned Waverly Woollen mills. The blanket will be embroidered with the Australian floral emblem , the wattle, by members of the ACT Embroiderer' Guild.

In honour of the birth of the Princess, the Government will also contribute $10,000 to the Healesville Sanctuary, part of Zoos Victoria, to support the important work it is doing for the Mountain Pygmy-possum (Burramys parvus). Healesville Sanctuary has established specially designed cool-room facilities to support the research and the captivity breeding of the species. The Mountain Pygmy-possum is Australia's only hibernating marsupial. There are less than 2,000 left in the wild.


Tony Abbott: "I hope one day the princess can visit Australia and hold a Mountain Pygmy-possum herself"

On last year’s trip to Australia Prince George met a marsupial named after him. At Taronga Zoo in Sydney, he was introduced to the bilby called George.

The bilby was in the newly-named Prince George Bilby Exhibit, officially opened by the Duke and Duchess on 20th April 2014, with a low glass screen that Prince George could peer over as he stood up, supported by his mother. The room was darkened because the animals are nocturnal.


George, a three-and-a-half-year-old bilby, was named George two months ago to celebrate the Prince's birth.

Greater bilbies, nocturnal marsupials who hide in burrows during the day, are rabbit-like creatures with large ears that pick up sounds of insects and have long noses to sniffs out seeds and bulbs.

They were once common in Australia's grassy woodlands but have been driven to the verge of extinction by predators such as foxes and cats and competition from rabbits, all introduced to the country by European settlers.

With only 10,000 left in the wild in northern Queensland and Western Australia, a conservation campaign begun in the late 1960s has gathered pace in the last decade with chocolate Easter bilbies replacing chocolate bunnies in many Australian children's homes.
Posted by radical royalist at 7:59 am No comments: