Merry Christmas to all friends of the Monarchy 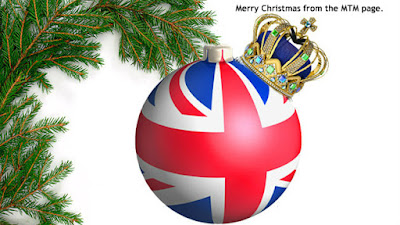 Posted by radical royalist at 6:39 am No comments:

170 years ago Tonga had its first Christian king, King George Tupou I, crowned


A "March for Jesus 2015" was organised in Nuku'alofa, capital of the Kingdom of Tonga. The organising group was chaired by HM Queen Nanasipau’u, and marked 170 years since Tonga had its first Christian king, King George Tupou I, who was crowned on 4th December 1845. (30 photos of the march published by Matangi Online News)

King Tupou I (c. 1797 – 18 February 1893), as Tonga’s first Christian monarch, brought peace to the country, which had been ravaged by civil wars for years before the arrival of the Christian missionaries.

At the time, Tongans held a conviction that Tupou I surrendered Tonga to God rather than to any of the colonial powers at the time.

Almost the whole nation of 106,000 people is Christian, with Methodists as the majority denomination. Catholics form a 15 p.c. minority, nevertheless in February 2015 Pope Francis created Tongan Bishop Soane Patita Mafi a cardinal. At just 53 years of age, he became the youngest member of the College of Cardinals, as well as the first man in the history of this young Church to receive this honour. After the ceremony Pope Francis received Their Majesties King Tupou VI of Tonga and Queen Nanasipau’u Tuku’aho in an audience in the Apostolic Palace in the Vatican

Posted by radical royalist at 9:54 am No comments: