King Simeon as EU-president?
This weekend Spanish news reported about the possibility of King Simeon II of the Bulgarians becoming the EU's first permanent president.(http://www.monarquiaconfidencial.com/pg_Articulo.aspx?IdObjeto=301). The King who in 1943 succeeded his father, Tsar Boris III, to the throne and who has also served his country as Prime Minister (2001/05) is a potential candidate like Luxembourg’s Prime Minister Jean-Claude Juncker and former British Prime Minister Tony Blair or former Belgian Prime Minister Guy Verhofstadt. 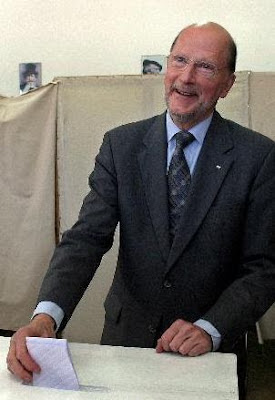 Should the new treaty of Lisbon which was signed in December 2007 in the Portuguese capital be ratified this year by all 27 EU members by 1st January 2009 a permanent “EU president” will replace the rotating presidency. So far, every half a year one EU member state assumes the presidency of the Council of the European Union (EU).

The person holding the new office will be appointed by the European Council for a term of 30 months, with the possibility of a second term.

More than any politician King Simeon II of the Bulgarians would be qualified to hold this office. As a member of the House of Saxe-Coburg he is related to all European Royal Houses, he speaks seven languages fluently, is above party lines and had experienced the political bargaining business when he was Bulgarian Prime Minister.

Above all: The King’s candidacy could be the only way to prevent the EU going irreversibly the republican way.

The Treaty of Lisbon is essentially a constitution for a "country" called Europe, although the EU Constitution was rejected by French and Dutch voters in 2005. Despite these facts British Prime Minister Gordon Brown, insisted that the Treaty of Lisbon was shorn of all constitutional content and that it preserved key aspects of British sovereignty.

The Christian Science Monitor in its March 24, 2008 edition - http://www.csmonitor.com/2008/0324/p09s01-coop.html said:
“With its flag, anthem, currency, institutions, regulations, and directives, the EU has long been indistinguishable from a nation-state-in-waiting. Now the Lisbon Treaty gives it those requisites of nationhood it's always lacked: a president, a foreign minister (and diplomatic corps), a powerful new interior department, a public prosecutor and full treaty-making powers. Add to those its common system of criminal justice, an embryonic federal police force, and the faintly sinister-sounding European Gendarmerie Force, and what this union becomes is a monolithic state with great power pretensions. Most alarmingly, though, is that the Lisbon Treaty can be extended indefinitely without recourse to further treaties or referendums.”

All hopes rest in the King – as so often.
Posted by radical royalist at 4:10 am 3 comments: 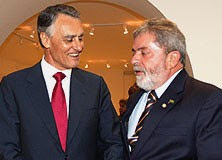 Somehow it is unreal that two presidents join hands to celebrate the arrival of a royal court 200 years ago. But this event took place in Brazil. The Portuguese President Aníbal Cavaco Silva and his Brazilian counterpart, Luiz Inácio Lula da Silva, met on Saturday 8th March 2008 to commemorate the transfer of the Portuguese court and cabinet to Rio de Janeiro.

In 1807 Prince Regent Dom João, later King João VI, had resisted the invasion of French troops into his country. But the Portuguese forces were no match for Emperor Napoléon I. The Portuguese government set sail for Bahia in the Portuguese colony Brazil. They reached the colony’s capital Rio de Janeiro on 8th March 1808 and set up court in the new world. After the defeat of Napoléon the Regent proclaimed “the United Kingdom of Portugal, Brazil and the Algarve”. After the death of Queen Mary I in 1816, for whom he had acted as regent for nearly two decades, he was crowned in Brazil King João VI of Portugal and Dom João I of Brazil.

His eldest son and heir, Dom Pedro (1798-1834) was left behind in Brazil as regent, when King João VI left for Portugal in 1821. Dom Pedro led the independence movement of the country and proclaimed Brazil’s independence on 22nd September 1822. He was proclaimed Emperor on his 24th Birthday, 24th October 1822, and was crowned on 1st December 1822. 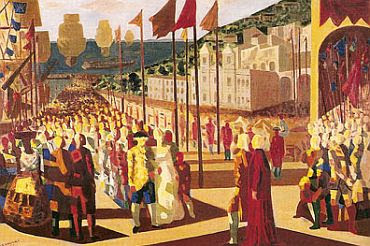 Brazil lost its Monarchy in a military coup in 1889, a combined operation of power hungry officers and rich landlords who resented that the Regent, Crown Princess Isabel, had abolished slavery. Only in 1993 did the people get the opportunity to say in a referendum if they wanted their Monarchy back. 6 840 551 Brazilians cast their vote in favour of the Monarchy, the republican system won, but was actually supported by only 49.2 percent of the votes cast.

The bi-centenary celebrations also had a royal touch. The Portuguese and the Brazilian descendents of King João VI were present in Rio de Janeiro to commemorate the arrival of the Portuguese court in 1808. Duke Dom Duarte Pio, Head of the Royal House of Bragança and next in line to the Portuguese Throne, attended mass in exactly the same Church - Igreja do Rosário dos Homens Pretos -, where his great great grandfather went on his arrival in Rio de Janeiro to attend the Te Deum. 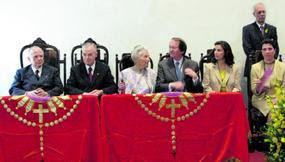 Dom Duarte there met his distant cousin, Dom Luiz of Orléans-Bragança, whose great-great-great-grandfather was equally King João VI, who could be Brazil's Emperor should the people prefer the Monarchy to a republic. 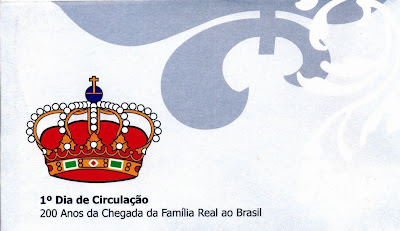 More photos
Posted by radical royalist at 4:23 am 4 comments: