To all loyal Australians: A Happy Queen's Birthday Holiday! 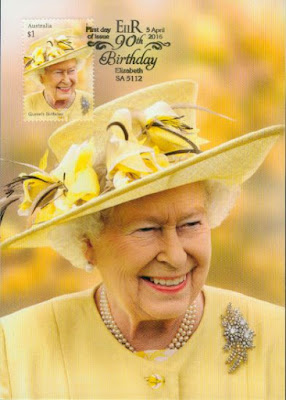 And to all those republicans - especially in the media - who can't help it, but denounce our lady sovereign queen, well, keep on writing and publishing nasty opinion pieces and keep ignoring her 90th birthday totally (Melbourne's daily newspaper The Age manages to print not a single line on the birthday celebrations in the UK, which have been reported all over the world.)

It is sad to say it, but it gives a certain kind of satisfaction to know, that rather sooner than later The Age will no longer be printed on workdays. After 150 years it will stop being sold in newspaper shops, only The Saturday and Sunday Age will continue to be sold. However, our local newspapershop does no longer open on Sundays, which will certainly not help stabilizing the sales figures of The Age.

Posted by radical royalist at 1:20 am No comments:


While the Commonwealth countries and everyone who is interested in our royal family celebrate the 95th birthday of Prince Philip, The Duke of Edinburgh, in Germany Prince Georg Friedrich of Prussia can celebrate his 40th birthday.


Prince Georg Friedrich is the only son of Prince Louis Ferdinand of Prussia (1944–1977) and Countess Donata of Castell-Rüdenhausen (1950-2015), born a member of a mediatized princely family. In 1991 she married her former sister-in-law's ex-husband, Duke Friedrich August of Oldenburg and was then known as Duchess Donata of Oldenburg.


After the death of his father in a severe accident during military maneuvers Prince Georg Friedrich spent much of his youth in the care and under the guidance of his paternal grandfather. He attended grammar schools in Bremen and Oldenburg and completed his education at Glenalmond College near Perth, Scotland, where he passed his A-levels.

He volunteered for a two-year stint in the Alpine troops of the German army, where he was known simply as "Preuße" ("Prussia"). Georg Friedrich took his degree in business economics at the Freiberg University of Mining and Technology in Saxony.

Prince Georg Friedrich succeeded his grandfather, Prince Louis Ferdinand of Prussia, as Head of the House of Hohenzollern on 25th September 1994. 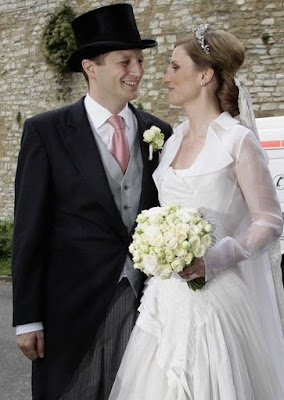 Prince Carl Friedrich, the elder of the two, is the heir apparent. The boys were baptized in the Chapel of St. Michael at Hohenzollern Castle on 24 June 2013.

Princess Emma was baptized in the Chapel of St. Michael at Hohenzollern Castle on 13th June 2015. Her godparents are Archduchess Katharina of Austria (mother's sister) and Prince Otto of Castell-Rüdenhausen (father's first cousin).

Prince Georg Friedrich is also in the line of succession to the British throne. At present he is holding position 179 according to the William Reitwiesner's list.

Posted by radical royalist at 7:00 am No comments:

Sharif Hussein Bin Ali, well known as the leader of the Great Arab Revolt and the Sharif of Mecca, was born in Ottoman Istanbul in 1853. Though well acquainted with imperial politics, Sharif Hussein spent a significant portion of his life among the bedouin Arabs of the Hijaz, immersing himself in the political life of Arabia. In 1908, the Ottomans, recognising his influence in the region, appointed him Emir (Prince) of Mecca.

As Ottoman policies grew more oppressive after the coup of the “Young Turks”, Sharif Hussein earned support among Arabs by opposing Istanbul's totalistic policies in the Hijaz. Some historians say that, even then, he was preparing for Arab independence. Indeed, the idea that the Arabic-speaking people were a nation, deserving of independent recognition, is often thought to have originated with Sharif Hussein.

In 1916, Sharif Hussein allied the Arabs with British forces, leading, along with his sons, Abdullah and Faisal, numerous tribes from the Hijaz in a revolt that liberated the Levant from Ottoman control. Bearing the Hashemite name and tradition of the Aal Al Bayt, Sharif Hussein was the central figure in the revolt, earning the title, “King of the Arabs.” After this victory, however, European powers failed to honour their commitment to support Arab sovereignty and instead, installed colonial rule throughout the Levant.

Sharif Hussein died in Amman in 1931.

King Abdullah I and the Founding of Jordan

The first king and founder of the state of Jordan was born in 1882 in Mecca. Like his father, Abdullah began life as a representative of the Ottoman court but his prestigious education and exposure to Arab tribal customs soon made him aware of the growing nationalist sentiment among his people. 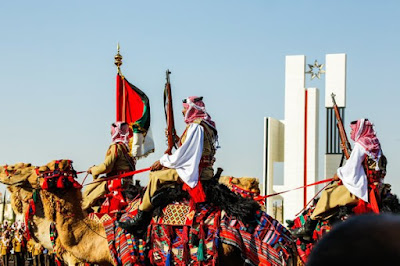 In the Arab Revolt, Abdullah led several Arab battalions against the Ottoman Turks. Afterwards, he left the Hijaz and settled in Maan, where he was received as a leader and sharif. While the European governments were dividing the region among themselves, Abdullah was building support and unity among the tribes and townspeople of Jordan.

The future king led a modest existence, often staying with leaders of different sects and sectors of society, developing relationships with them. He spent much of his time amongst the local bedouin tribes. In 1921, he organised his first government in Amman, thus establishing the Emirate of Transjordan.

For the next thirty years, Emir Abdullah concentrated his efforts on state-building. In 1928, the Prince oversaw the country’s first legislative council and the drafting of a constitution. One year later, he held the first parliamentary elections. On 22 March 1946, Transjordan secured its independence, and Abdullah was crowned king later that year.

More on the 70th anniversary of The Hashemite Kingdom of Jordan here.

Posted by radical royalist at 1:24 pm No comments: