The Hashemite Kingdom of Jordan awaits the Pope 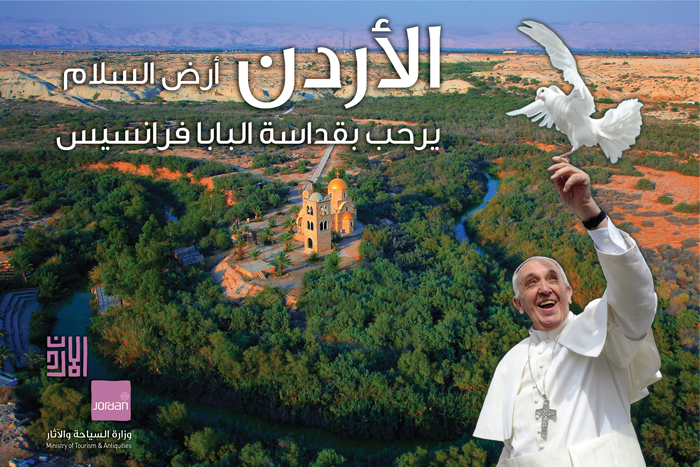 Email ThisBlogThis!Share to TwitterShare to FacebookShare to Pinterest
Labels: King Abdullah II of Jordan, Pope Francis I, The Hashemite Kingdom of Jordan

Prince Charles and Duchess Camilla in Canada: Itinerary for the 2014 Royal Tour 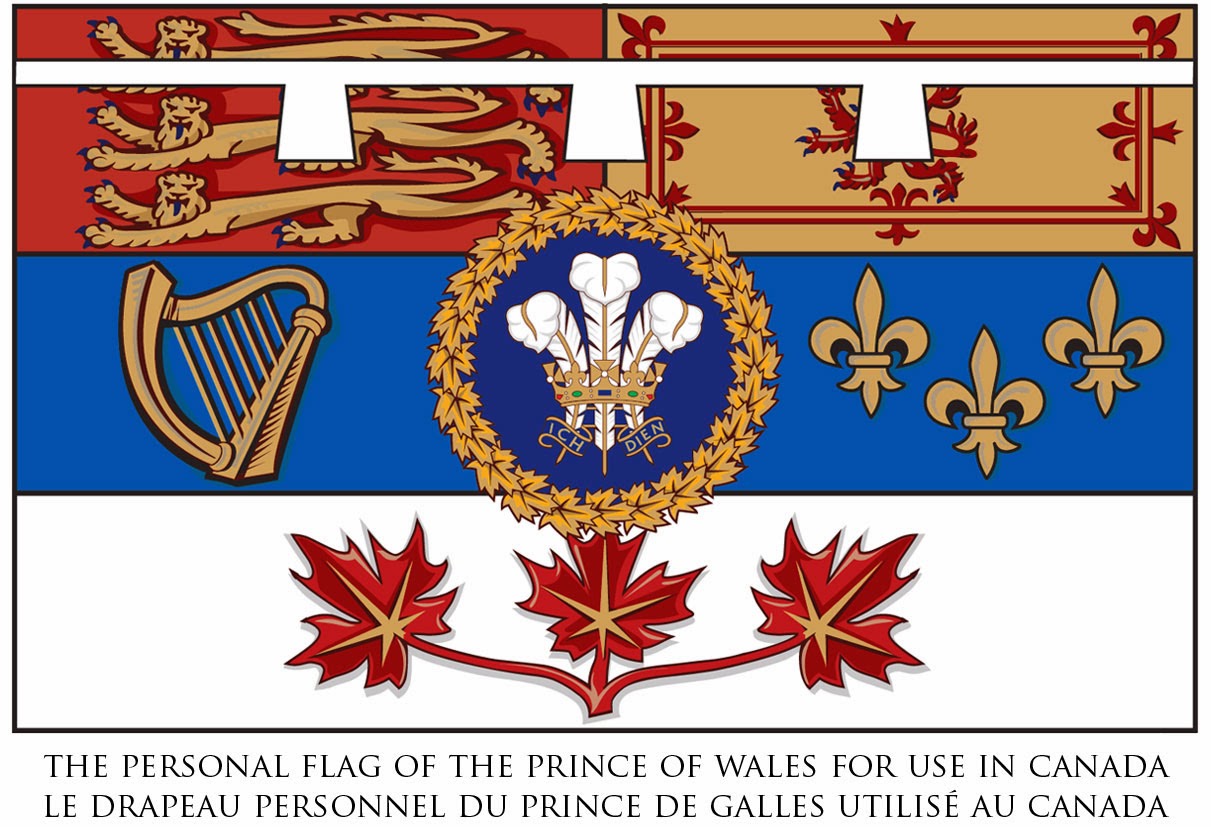 The Prince of Wales and The Duchess of Cornwall will visit three provinces and six communities during their four day visit:

Halifax and Pictou County in Nova Scotia (May 18 and 19)

Charlottetown, Bonshaw, and Cornwall in Prince Edward Island (May 19 and 20)


Objectives for the Events on the 2014 Royal Tour

To welcome the Prince of Wales and the Duchess of Cornwall to Nova Scotia. His Royal Highness last visited the province in 1983. This will be the first visit by Her Royal Highness.

To highlight the outstanding programs and services of the Military Family Resource Centre, which works to promote the health and social well-being of individuals, families and communities who share the unique experience of military life.

To highlight the ongoing role of our service men and women and support given by their families to them.

To showcase the excellent work being done by the Military Family Resource Centre’s “Entrepreneurs Club” and demonstrate the synergies between this and The Prince’s Operation Entrepreneur, a program run by the Prince’s Charities Canada.

To tour this state-of-the-art market, which was built green because of the farmers and Cooperative members’ commitment to environmental stewardship and sustainability.

To introduce Their Royal Highnesses The Prince of Wales and The Duchess of Cornwall to the local farmers, vendors and artisans who have been making the Seaport Farmers’ Market a success since 1750.

To tour the classical Victorian Garden and to acknowledge it as a gem in the life of the city and all its citizens.
To commemorate the 2014 Tour of The Prince of Wales and The Duchess of Cornwall by planting a tree adjacent to the oak tree planted by King George VI in June 1939.

To recognize the efforts of volunteers and partners who have helped maintain and restore this Halifax landmark.

To pay tribute and honour the War Brides and World War II veterans in Nova Scotia for whom Pier 21 remains an important part of their past (as the primary departure point for almost half a million Canadian military personnel during World War II).

To showcase Canada’s National Museum of Immigration at Pier 21, which welcomed approximately one million immigrants to Canada between 1928 and 1971.

To celebrate, acknowledge and cast a light on the success of the programs and support that Alice Housing provides for women and families.

To recognize the outstanding contributions of community partners and volunteers to Alice Housing.
To meet and interact with some of the families who have benefitted from the programs and services of Alice Housing.

To welcome the Prince of Wales and the Duchess of Cornwall to Pictou County, Nova Scotia.


The Hector Heritage Quay: A celebration of Celtic Heritage

To highlight the Celtic culture of Pictou County and Nova Scotia. The arrival of Scottish immigrants in the late 18th and early 19th centuries to the county. ultimately contributed to early nation building in Nova Scotia and Canada.

To acknowledge past, present and future contributions of Scottish Canadians in broad and oftentimes colourful ways.

To introduce Their Royal Highnesses to local farmers, artisans and entertainers.

To thank Their Royal Highnesses for visiting Nova Scotia.

To formally bid farewell to Their Royal Highnesses as they depart from Nova Scotia and embark on their journey to Prince Edward Island as part of their tour of Canada.

To welcome Their Royal Highnesses The Prince of Wales and The Duchess of Cornwall to Charlottetown—the Birthplace of Confederation. His Royal Highness last visited in 1983. This will be Her Royal Highness’s first visit.

To celebrate the 150th anniversary of the 1864 Charlottetown Conference, which paved the way to Canadian Confederation.

To celebrate Victoria Day with Canadians and to commemorate the past through multicultural musical and theatrical performances, showcasing the artistic talent of Prince Edward Island and Canada, and to celebrate the future by highlighting the cultural vitality of our communities.

To celebrate the important role that Province House, the second oldest active legislature building in Canada, had in the Charlottetown Conference, which paved the way to the creation of our great nation.

To recognize the positive contributions Canadian young people are making towards strengthening Canada and to encourage more young people to consider their role/responsibility in the future building of our country.

To encourage all Island young people to continue to work diligently to attain their goals and aspirations in the future building of our country.

To showcase one of Prince Edward Island’s renowned educational institutions, known for its innovative and industry-driven courses for students who enjoy hands-on learning.

To highlight Holland College’s role in supporting sustainable urban development and preserving the heritage of Prince Edward Island – both issues are of personal interest to His Royal Highness (including by highlighting the environmental sustainability of the Centre for Applied Science Technology (CAST) building).

To allow His Royal Highness to interact with industry leaders and students as they highlight the achievements of students, as well as the unique and innovative projects offered through Holland College programs.

To officially unveil new signage for the Prince of Wales Campus.

To allow Her Royal Highness to meet with residents, staff and volunteers who provide compassionate services to seniors and Islanders with complex care needs.

To showcase the various medical interventions and social activities offered at the home, such as pet and art therapy and reading programs.

To introduce HRH to Jocelyn Teron, the 2013 inaugural winner of the Prince of Wales Award, as well as board members and staff of the Canadian Institute of Forestry, which administers the prize. The discussion will also touch on current and developing partnerships between the CIF and The Duchy of Cornwall.

To highlight Prince Edward Island’s natural beauty at the Island’s largest provincial park, which promotes healthy active living, interacting with nature and conserving natural resources. His Royal Highness will meet with Earth Rangers and walk along a trail system that will be named after Their Royal Highnesses.

To showcase the skills and accomplishments of Prince Edward Island’s Olympic, Paralympic and Canada Games athletes (benefits of recreational activity and sports).

To recognize the work of the Atlantic Salmon Federation and the Bonshaw Park Advisory Committee in the creation of the new wilderness park.

To hear a performance by a choir made up of singers from local churches.

To highlight the work of Island groups as Their Royal Highnesses visit displays by the Women’s Institute, the Military Museum, the Pony Club, and the Scouts and Guides of P.E.I.

To honour rural P.E.I. and meet with Island children from Early Years Centres and after school programs.

The Duchess of Cornwall will meet with students and staff at the school, following a request from the children for a royal visit.

To thank Their Royal Highnesses for visiting Prince Edward Island and joining with Islanders in celebrating the 150th anniversary of the 1864 Charlottetown Conference.

To formally bid farewell to Their Royal Highnesses as they depart from Prince Edward Island and embark on their journey to Manitoba as part of their tour of Canada.

To host a reception honouring Their Royal Highnesses and offer an opportunity to interact with notable Manitobans and other Canadians and to highlight excellence across society in a vast range of endeavours, recognizing those who have made a significant difference to their local communities and the nation.

To provide a unique opportunity to engage with Manitoba elementary school students as they learn about the principles of flight, aircraft maintenance, rockets, satellites and composite materials.

To highlight the unique partnerships between industry and educational stakeholders in Manitoba's aerospace and aviation sectors, as well as the initiatives that exist to encourage young people to consider pursuing education and careers in these fields.

To profile local achievements and excellence in the fields of aerospace and aviation, including an opportunity to meet with the students who developed the first elementary school project from Canada to be taken on board the International Space Station.

To meet children engaged in work to promote literacy on the subject of Winnie the Bear.

To showcase research, education and conservation in action with the dedication of the world-leading Journey to Churchill facility at the Assiniboine Park Zoo.

To provide an up-close and personal opportunity to feed polar bears and view their new three dimensional, four-season environment.

To observe students involved in an educational session on polar bear protection and the importance of conservation and environmental awareness and to meet with Aboriginal artists responsible for works throughout the facilities.

To profile the leading practice model for safe, affordable, integrated and supportive housing for those with mental-health needs and those who have been homeless.

To meet with staff, residents and supporters of the facility and interact with residents in their new home.

To highlight the non-profit workshop dedicated to providing hands-on access to fabrication and prototyping equipment, knowledge and a community of support for young entrepreneurs, inventors, artists and innovators.

To meet with successful participants and hear about how they have made a difference in the life of their families and communities as a result of this unique incubator model.

To learn about the key role played by mentors and volunteers.

To provide an opportunity to speak with community and business leaders about the concept and options for expansion.

To offer hope to other young people to explore their dreams through innovation and entrepreneurship.

To introduce His Royal Highness to the Canadian business leaders involved in his Prince’s Seeing is Believing initiative, as well as to those who have benefited from it.

To discuss efforts to expand the national reach and scope of the Prince’s Seeing is Believing activities and impacts.

To give His Royal Highness the opportunity to meet some of the founding corporate partners who are driving these national efforts forward.

To discuss the work of Prince’s Foundation for Building Community in transforming lives and building sustainable communities with members of the Canadian development and design community.

To celebrate the Royal Winnipeg Ballet’s past, present and future as it celebrates its 75th anniversary season.

To provide an opportunity to greet participants, students, company dancers and staff and to view a pas de deux by two of the Ballet’s young professional dancers.

To introduce Her Royal Highness to the unique business model of the Assiniboine Credit Union including the innovative programs that have been created to help low-income families and the local organizations that support them in the community.


Queen's Own Rifles of Canada

To meet with members of Her Royal Highness’s first Commonwealth Regiment, the Queen’s Own Rifles of Canada, which she previously met during her visit to Toronto, Ontario, in 2012.

To induct 14 citizens into the Order of Manitoba, recognizing those who have demonstrated excellence and achievement in any field of endeavour benefitting in an outstanding manner the social, cultural or economic well-being of Manitoba and the nation.

To thank and formally bid farewell to Their Royal Highnesses as they depart Manitoba and Canada.

To showcase a recently restored 1928 Fokker Super Universal, widely regarded as the most significant “bush plane” in Canadian aviation history, which carries the marking of “The Royal Mail” and is the only plane of this type in the world that still flies.

To provide an opportunity to bid farewell to officials and veterans.

Posted by radical royalist at 3:04 am No comments: