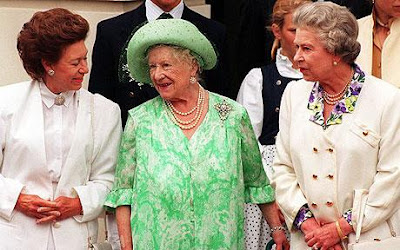 Born on 4th August 1900 as ninth of ten children of the Earl of Strathmore, Lady Elizabeth Angela Marguerite Bowes-Lyon was descended from the ancient kings of Scotland. Robert the Bruce was a forebear and Stuart blood ran in her veins.

There is an immense lesson of duty to be learned from the Queen Mother. More importantly, this can turn out to be of significance even to countries that are republics, led by presidents. 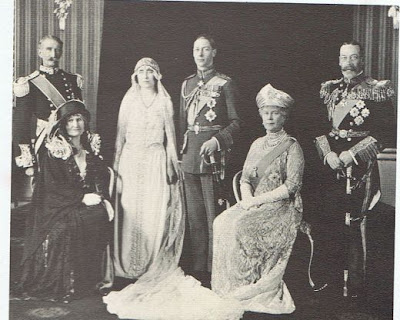 Initially she refused Prince Albert, second son of King George V and Queen Mary, as she had set her heart on the Hon James Stuart, a son of the Earl of Moray, a dashing war hero. But the formidable Queen Mary had earmarked Lady Elizabeth Bowes-Lyon for her second son and she was not to be disappointed. But even then she was never meant to become Queen. She married Prince Albert, Duke of York, in 1923. The abdication of her husband's brother, King Edward VIII, in 1936 changed everything. 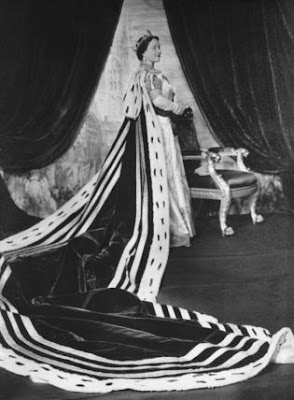 Contrary to King Edward’s lack of responsibility, she brought a constant sense of duty to the royal family. She had a genuine love for her people, and she reinvented the role of the royal family.

After King George’s death, she served for 50 years of public work for her people, in support of her daughter, the Queen. She became an exemplary grandmother and great-grandmother. She was much loved by Prince Charles, Prince William and Prince Harry. 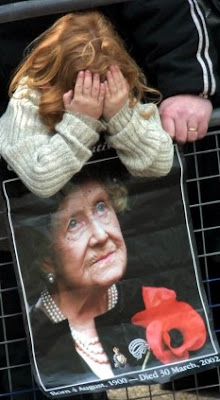 When Queen Elizabeth died, there was a huge outpouring of affection for the "Grand Old Lady of the House of Windsor", which was a solace for the Queen. The United Kingdom had lost not only the Queen Mother, but with her the last Empress of India had left!

The Queen Mother as Queen of Australia 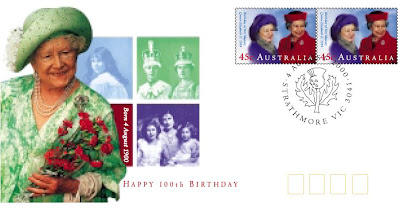 The cover itself shows Her Majesty on her 96th birthday; at six years of age; and in 1937 as Queen, beside King George VI at the time of his coronation, and with her daughters. 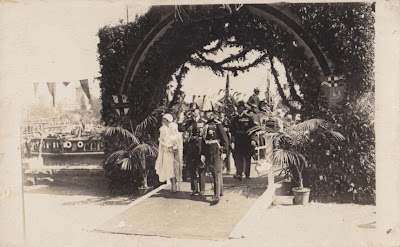 The then-Duke and Duchess of York arrived for the first time in Australia on 26th March 1927. By 1927 the Federal Parliament had moved to the new Federal Capital, Canberra, and the main duty of the Duke of York was to perform during this tour the opening of the first session of the Commonwealth Parliament. The Duke and the Duchess attended the new Parliament House in Canberra on 9th May. This grand occasion, which Dame Nellie Melba got underway with a rendition of the national anthem, finished with a fanfare of bugles and a twenty-one gun salute at noon.

The Queen Mother performed another visit in 1958. Flying in from New Zealand, she arrived at the RAAF Station Fairbairn, Canberra on 14th February. Later she visited the Australian War Memorial to lay a wreath on the Stone of Remembrance. She paid visits to every Australian state and left the country again on 7th March by flying out from Perth.
Posted by radical royalist at 1:37 am