Is Qaddafi willing to give the Libyan people the Monarchy back?

Australian political and defense analyst, Greg Copley, president of the International Strategic Studies Association (ISSA) in Washington, DC, says the Libyan dictator Muammar al-Qaddafi is quietly preparing to leave the scene and return the country to a monarchy.

"What Qaddafi is now starting to do, and he started this last year, he recognized that all of his sons, but particularly the one he designated as his heir, Saif al-Islam, was not going to cut it either with the Libyan people or with Qaddafi's own ideas for Libya," Copley explains according to OneNewNow.com.

"He's started to return property, which belonged to the late King Idris, back to the designated heirs of the king," the ISSA president reports. "And basically, I think he's setting himself up to do what Franco did in Spain, which was to return the country to a constitutional monarch."

Muammar al-Qaddafi has led a putsch against King Idris es-Senussi I on 1st September 1969. 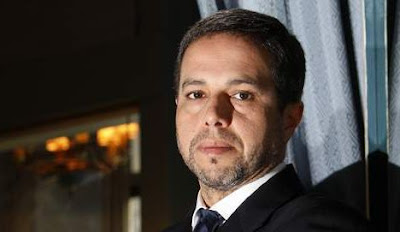 Libyan Crown Prince Mohammed es-Senoussi (47) has been living in London since 1988. He led demonstrations against Qaddafi's visits in Paris and Rome.
Posted by radical royalist at 10:40 am

This is looking good, at least one revolutionary dictator is seeing sense and restoring monarchy to his country.

"Copley concludes that Gaddafi wants to ensure that radical Islamists do not take over the country so that he will not be remembered by the Libyan people as someone who messed up the country."

As much as I hope it comes true, this analysis seems a bit shallow to me.

Remember that Franco considered his regime to be a kingdom with an empty throne; Gaddafi does not. The Spanish Nationalists, with whom Franco fought with, considered monarchism as one of their components (the Carlists); Gaddafi does not. Franco did not lead a coup against a king; Gaddafi did. Maybe Gaddafi will swallow his pride and just give the 'throne' to his son, despite his supposed incompetence.

But maybe I'm being pessimistic. I hope so.

@ CA Constantian
I share your pessimism, however, we must see that Qaddafi has been erratic in the past. Who knows, if he really has a clear idea of what he wants. He was against the Tunisian people sending Ben Ali abroad, he probably wants Mubarak to stay because he fears for his own regime. May be he wants to prolong his grip on Libya by giving the Libyan people hope it might get better by bringing back the rule of the es-Senussis.

Well, we must recognize that the Franco's solution proved to be the most successful of all. Salazar, Brezhnev, Ceausescu and so on, left their countries in a mess.

Very unlikely.
Qaddafi together with Abd al-Karim Qasim of iraq were more than simple revolutionary; they were also “regicider” (although qaddafi didn’t kill the king or other member of the royal family, he did order the desecration of the tomb of several member of the Sanussi family).
People like these simply do not change (repent).

How is this Mohammad Al Sanussi the heir to the throne of Libya...to the best of my knowledge (and I am well informed) King Idriss had no children....So how is he connected?

Yes, you are right: King Idris did not have children. The heir to the throne was his nephew, Crown Prince Hassan. Before dying in 1992, Crown Prince Hassan as-Senussi appointed his son, Prince Mohammad es-Senussi, as his successor as crown prince and head of the royal house of Libya.