When it comes to the Monarchy, that Iran lost 30 years ago, the regime and its media never fail to add a disparaging adjective to the noun “Monarchist”.

Therefore it was very surprising that today the English language daily newspaper Tehran Times published an article on the visit of Sharif Ali Bin al-Hussein, the chairman of the Iraqi Constitutional Monarchy Movement and one of the claimants to the Iraqi throne. 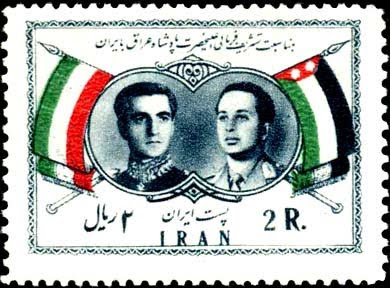 Prince Ali, a member of the Iraqi branch of the Royal Hashemite dynasty, who narrowly escaped 1958 the massacre, when King Faisal II and other members of Iraq’s Royal Family were brutally murdered, met Majlis Speaker Ali Larijani who presides Iran’s so called parliament, in Tehran.

Sharif Ali thanked Iran for making efforts to help establish stability in Iraq after the overthrow of the Saddam regime, saying it is essential that the two countries increase their ties.

Sharif Ali said the recent terrorist incidents in Iraq were conducted by the remnants of the previous regime in order show that the government is incapable of maintaining security. 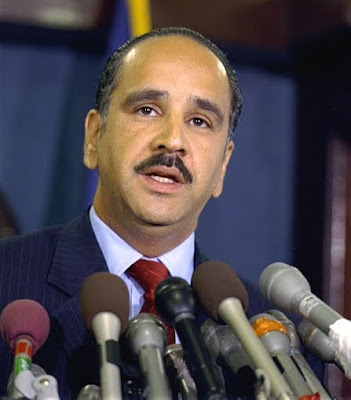 What game is Iran playing? Why did the regime invite a member of the Iraqi Royal Family,while on the other hand, the Mullah’s and their clerks sentence Iranian Monarchists to death by hanging?

From Sharif Ali Bin al-Hussein’s point of view it is logical to hold talks with Iran considering that a majority of the Iraqi population are Shi’ite muslims. To improve his chances, the Sunni Prince must be seen to be on good terms with the Shi’ite neighbour.

But what does Iran gain from courting Sharif Ali Bin al-Hussein? 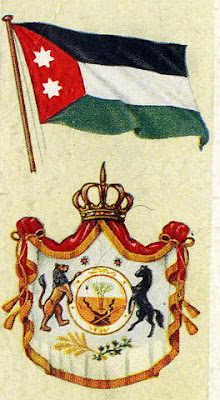 The flag and coat of arms of the Hashemite Kingdom of Iraq.
Posted by radical royalist at 7:52 pm

That is rather puzzling. The Iraqi kingdom was everything that the Iranian republic condemned about the Shah -a modern monarchy, friendly to the west, opposed to radicalism etc. Perhaps it is simply that he is a critic of the current regime and they are giving voice to anyone who they think might give the present government trouble. Still seems a long shot. Interesting to hear though, I had been wondering if Sharif Ali had given up on his political campaign.

I was wondering as well, if he had given up his fight.

The website of the "Iraqi Constitutional Monarchy" has not been updated since 2004 and states: This website is kept alive for historical purposes, only.