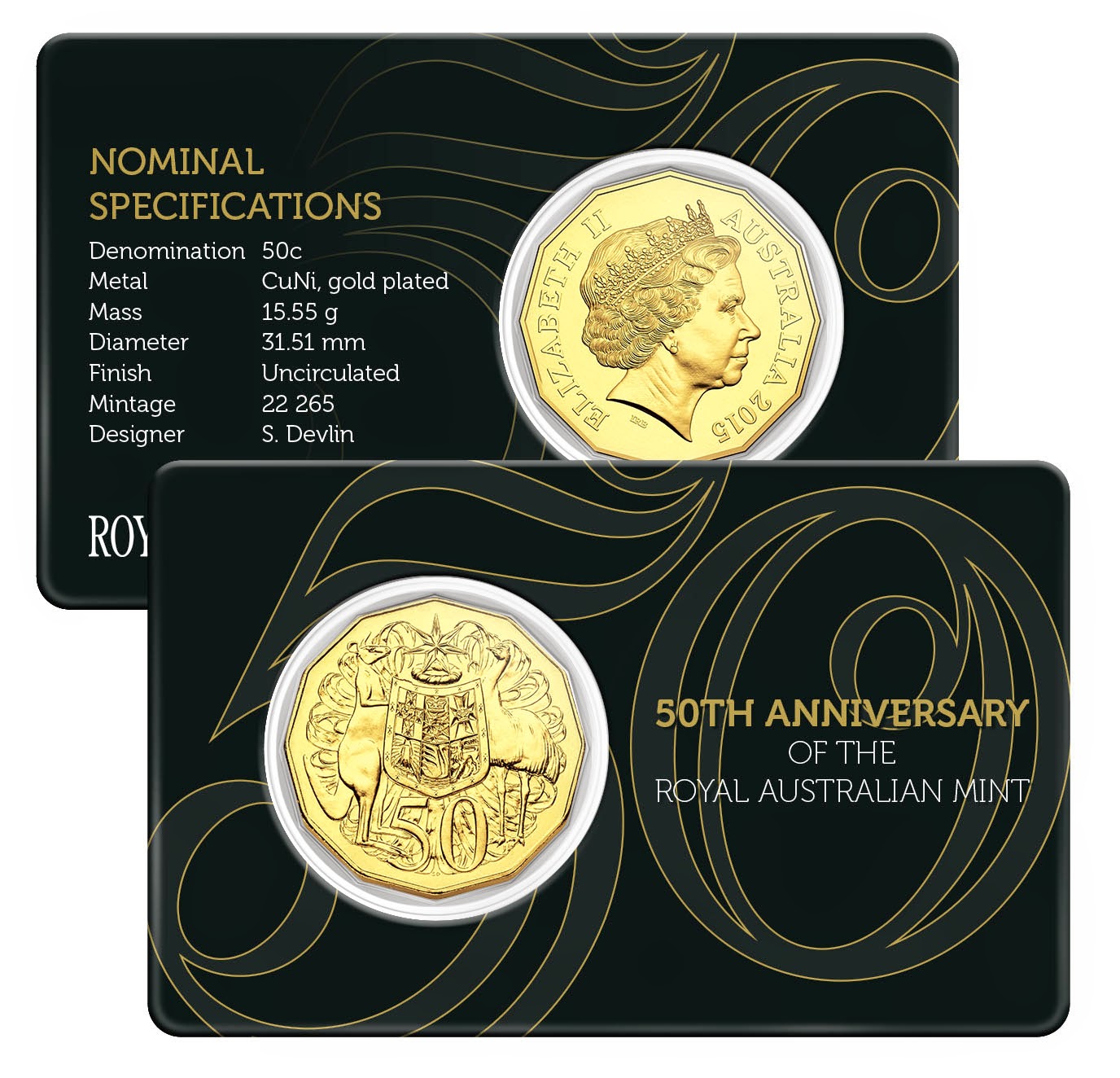 Today the iconic Royal Australian Mint in Canberra is turning 50. Royal Australian Mint CEO Mr Ross MacDiarmid said the anniversary marked a significant time for what was a monumental occasion for Australia back in 1965 when the Mint was officially opened by His Royal Highness Prince Philip, along with Prime Minister Sir Robert Menzies and Federal Treasurer Harold Holt.

Prince Philip, who was bestowed an Australian knighthood on Australia Day 2015, had opened the new Royal Australian Mint on Monday, 22nd February 1965 by pressing the button which started the production run. The flow of 1.2 million coins a day built up stocks of the new decimal curency for release in February 1966. The Duke of Edinburgh kept a one cent piece (and no republican cried "robbery!)" which he had made. He was also given a presentation box containing the two, five and ten cent pieces struck at other mints

“The Royal Australian Mint was purposefully built to make Australia’s new coinage in time for the introduction of decimal currency the following year,” said Mr MacDiarmid. “Over one billion coins had to be made and they unveiled not only a new system of currency, but also six new coin designs 1, 2, 5, 10, 20 and 50 cent coins showcasing Australian wildlife. Since that time the Royal Australian Mint has produced about 15 billion circulating coins, as well as circulating coins for other nations and millions of collectible coins."

To mark the golden anniversary, a golden (gold-plated) collectible coin has been produced and will be available for only 50 days from 21 February retailing for $20. The total number made matches the anniversary date - 22,265 and can be purchased from 21st February.

Posted by radical royalist at 4:20 am