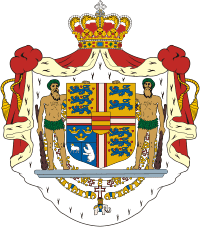 In connection with the weekend’s events, HM The Queen states the following:

It is with sorrow that I learn of the extent of the incidents of the last 24 hours. My thoughts go out to the killed film director and the young security guard from the Jewish community who became targets of the perpetrator’s acts. I send my deepest sympathy to the relatives and to the wounded police officers.

I wish to direct thanks to the police and the authorities for their quick and effective efforts.

It is important that we, in such a serious situation, stand together and uphold the values that Denmark is founded upon.

The Danish Film Institute stated that the 55-year-old man killed in a shooting at a free speech event in Copenhagen was documentary filmmaker Finn Noergaard. The institute's chief Henrik Bo Nielsen says he was shocked and angry to find out Noergaard was gunned down while attending a discussion on art and free speech.

Noergaard directed and produced documentaries for Danish television, including the 2004 "Boomerang boy" about an Australian boy's dreams to become a world boomerang champion and the 2008 "Le Le" about Vietnamese immigrants in Denmark.

The victim of the shooting at Copenhagen's main synagogue has been named as Dan Uzan, 37. He was guarding the celebration of a bat mitzvah at a Jewish community building near the synagogue when he was shot dead.
Posted by radical royalist at 7:41 pm