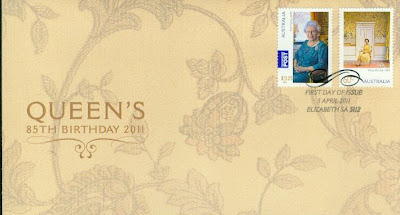 In today’s Queen’s Birthday holiday editorial The Age has written, what everybody – Monarchists or republicans alike – expected from this Melbourne daily newspaper. The author made clear that the newspaper is unwavering favouring “a” republic and despises our Monarchy. The Age did, what in an opinion piece on 27th January 2010 The Age’s associate editor, Shawn Carney, called a “hardy annual”:

“The republican question is now what used to be called in the newspaper game a 'hardy annual': a predictable, intrinsically inconsequential story that can be trotted out at the same time every year to little lasting effect.”


But what about a journalistic duty to report on the actual events? Would it not have been The Age’s duty as a quality newspaper, to publish something that is connected with this Queen’s Birthday holiday? What about a photo and a little article on the Royal Military College of Duntroon’s celebrating The Queen's Birthday with a traditional Trooping the Colour parade last Saturday? Or alternatively a photo from the Trooping the Colour event in London, also on Saturday? The Age may be a fiercely republican newspaper, but seems to forget that more than half of the Victorians voted in favour of retaining the Monarchy in the 1999 referendum. Would it not be a newspaper’s duty to publish something on what at least 50 percent of The Age’s readers love?

Swiss author Max Frisch once said: “You don’t have to lie – concealing is enough.” He was cynically referring to politicians, not to journalists, but a subscriber of The Age could get the impression that the newspaper’s political agenda is to conceal everything concerning the Monarchy that could be styled as "nice news". They conceal from their readers what does not fit into their conception of Zeitgeist.
Posted by radical royalist at 4:18 am