This 4th June German Monarchists will gather in Huis Doorn (Doorn Manor, photos see here), a classic 14th century manor house outside Doorn, a small town near Utrecht in the Kingdom of the Netherlands, to commemorate Kaiser Wilhelm II. He died at Huis Doorn on 4th June 1941 and was buried in a small mausoleum in the gardens, awaiting his return to Germany upon the restoration of the German monarchy, according to the terms of his will; his wish that no swastikas be displayed at his funeral was not heeded. He did however refuse to have a grand funeral in Berlin which considerably frustrated Hitler who had wanted to walk behind Kaiser Wilhelm's coffin as a propaganda show. 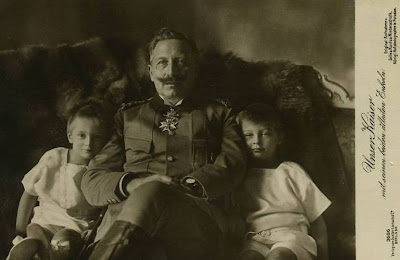 Kaiser Wilhelm and his eldest grandsons, Prince Wilhelm (1905-1940) and Prince Louis Ferdinand (1907-1994), grandfather of the present head of the Hohenzollern Family.

Baroness Ella van Heemstra (1900 1984), the mother of actress Audrey Hepburn, spent most of her childhood living in the house. The house was purchased in 1919 by Kaiser Wilhelm II as his residence-in-exile. The Emperor had the house adapted and fitted with all modern conveniences. He also makes some changes to the park (35 hectares), laid out in the English landscape garden style. 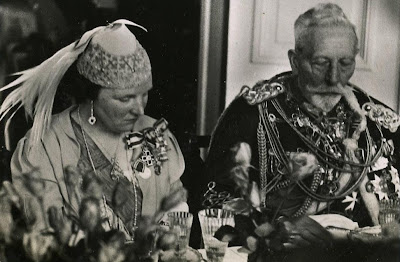 Kaiser Wilhelm and the Dutch Crown Princess Juliana, mother of the present Queen Beatrix of the Netherlands.

The Dutch government confiscated the manor house and its household effects in 1945 as German property and transformed it into a museum that is visited by approximately 50,000 people a year. 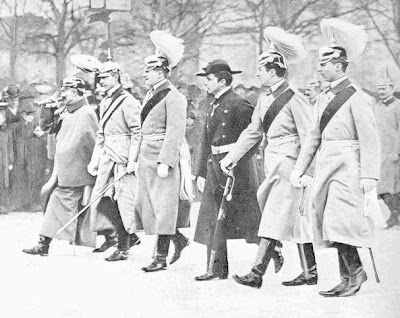 The life of Kaiser Wilhelm II is well-documented and shall not be repeated in this posting. For further information on Germany's last ruling Emperor see The Altar and Throne Monarchy Site and The Mad Monarchist in English or Paukenschlag in German.

When German Monarchists gather in Doorn on His Majesty’s 70th death anniversary, they might do so with nostalgia, but they are also looking forward to this year’s big event: On 27th August the head of the House of Hohenzollern, Prince Georg Friedrich of Prussia, will get married to Princess Sophie of Isenburg und Büdingen. Prince Georg Friedrich’s father married in 1976 and was killed one year later in a training accident whilst serving in the Bundeswehr.

Germany’s Imperial Family suffered many setbacks and tragedies, but they are still there – a living reminder of the possibilities of having a crowned democracy. 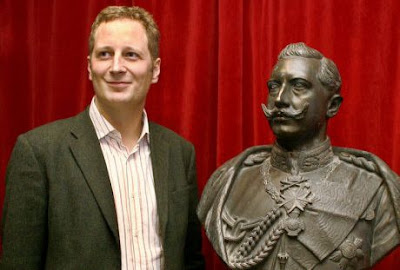 The 20th century was, on the whole, awful for humanity despite the undeniable advances of science and technology. We are all still coming to terms with it, are we not?

Churchill was right when he wished to preserve the German monarchy, even if the throne would be occupied by one of the Kaiser's grand sons.