What is rational and fair? 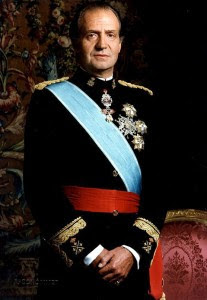 Here’s a good one: “I am a natural & philosophical supporter of the Presidential Republic as the best, more rational and fair government structure.”
(http://noggia.
blogspot.com/
2007/12/another-
good-reason-to-
abolish-this.html)

For nearly 200 years this “rational government structure” has been the major form of state in Latin America. And look at the mess all the presidents, caudillos and military dictators have produced. If a republic is such a modern way of how to run a country, why is it that among the ten countries with the highest standard of living seven are Monarchies, in fact the first six countries with the highest record in human development have without exception a crowned head of state:
1. Norway * 0.956
2. Sweden * 0.946
3. Australia * 0.946
4. Canada * 0.943
5. Netherlands * 0.942
6. Belgium * 0.942
7. Iceland 0.941
8. United States 0.939
9. Japan * 0.938
10. Ireland 0.936
Five more monarchies rank among eleven and twenty.
This latest index, the index for 2004, lists 177 countries in order of achievement. Nations ranked from one to 55 are deemed to have ‘High Human Development’, those from 56 to 141 are deemed to have ‘Medium Human Development’ and those from 142 to 177 are deemed to have ‘Low Human Development’.1)

Let’s look how fair republics are. The year 2000 is still on everybody’s memory, when the US citizens elected a new head of state and head of government. Very rational to have both in one hand. And very useful to have one’s brother as governor in one of the key states that finally pushes you into the White House. And it is equally fair if you belong to an influential family that's daddy once had been in the White House and grand dad as a senator paved the ways for his siblings. And of course it is only fair that you start the presidential race not as someone who lives under bridges, but as a boy (!) who was born with a silver spoon in his mouth. How else would one be able to raise money to take part in the primaries. The Age, 28 Dec. 2008: “For the first time, the cost of the 2008 presidential race is likely to exceed $US1 billion, ($A1.14 billion) with Democrat frontrunners Hillary Clinton and Barack Obama each expected to spend $US80 million to $US100 million on the primary phase alone.”

Monarchies are branded “expensive”, but how many coronations could you finance with the money spent in this primaries’ circus every four years? Queen Elizabeth's coronation was 54 years ago. The British Monarchy’s budget is a fraction of the money spent in the presidential race. Of course the candidates get donations, but without a sound money basis of their own they would not be able to rent an office in, let’s say, Harlem or Witchita Falls, not to mention Washington DC.

If Hillary Clinton does win the presidency of the United States, next year, and serves four years, the USA will have had 24 years of two family rule in this country. The modern president has immense new power, after leaving office - millions of dollars in book deals, a library, and the ability to attract a hundreds of thousands of dollars from one speech to a special interest.

“Rational & fair” that’s what I call a Monarchy. It is rational to keep politicians away from at least one job in the state. It is a great advantage that the position as the Australian head of state is not up for grabs. Should Rupert Murdoch decide who’d be Australian president? He’s the one who hates our Royal Family – only to put his children into different positions in his media empire. We can’t stop him expanding his acquisitions, but his power hungry attitude shows that we need the Monarchy to keep him out of the presidential race – at least in Australia.


1) Fortunately, there is a reasonably objective way to answer these questions, courtesy of the UN Human Development Programme. We can use its Human Development Index (HDI), which was originally developed by the late Pakistani economist, Mahbub ul Haq. This index uses three dimensions to measure a country’s average human development, as follows:
1. A long and healthy life, as measured by life expectancy at birth;
2. knowledge, as measured by the adult literacy rate (with two-thirds weight) and the combined primary, secondary and tertiary gross enrolment ratio (with one-third weight); and
3. a decent standard of living, as measured by Gross Domestic Product per capita expressed in US dollars on a purchasing power parity basis.
Posted by radical royalist at 3:55 am