Freedom of the Press, best protected by a Crown


The 2013 Reporters Without Borders (RWB) World Press Freedom Index makes interesting reading. “This year’s index is a better reflection of the attitudes and intentions of governments towards media freedom in the medium or long term." 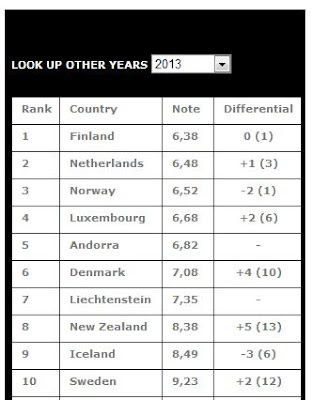 The same three European countries that headed the index last year hold the top three positions again this year. Of the 2013 Top Ten of the countries with the greatest freedom of the press eight are Monarchies: The Kingdom of the Netherland (Rank 2), the Kingdom of Norway (3), the Grand-Duchy of Luxembourg (4), the Principality of Andorra (5), the Kingdom of Denmark (6), the Principality of Liechtenstein (7),the Dominion of New Zealand (8) and the Kingdom of Sweden (10). RWB: “Although many criteria are considered, ranging from legislation to violence against journalists, [monarchist] countries occupy the top of the index while dictatorial [republics] occupy the last three positions.”

Australia sits on rank 26, better than the rank 30 it occupied the year before. RWB does not explain Australia’s position, but the position in the top 30 may have something to do with the fact that the Australian media suffer from being in the hands of few media companies. News Limited (Murdoch) and Fairfax dominate the media business.

The USA turns up on rank 32, which may come as a surprise for the “great republic”. Constitutional Monarchies like Jamaica (rank 13) fare better than republics like France (rank 37).

The 14 countries with the most restricted media expression are all republics of some sort (people’s republics, democratic people’s republics or islamic republics like Iran, Yemen, Laos, China or Eritrea). The least free Monarchy on this list is the Kingdom of Bahrain on rank 165 (8 ranks better than in 2012). 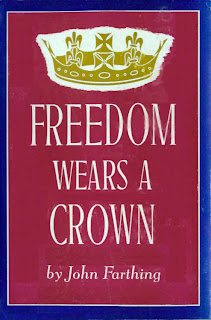 Republicans never get tired of calling Monarchies “undemocratic” and they love to equate republics with democracies, but in reality nowhere is the freedom of expression and the freedom of the media in better hands than in crowned democracies.

This is a fact pointed out in the Canadian book : Freedom wears a Crown, and is a point well known to Monarchists, but ignored by republicans.
Posted by radical royalist at 3:33 am

Not to mention that Canada's much higher on the scale of Economic Freedom (according to the Heritage Foundation) than the United States. Convincing Americans that "Soviet Canuckistan" is a far freer country than their is incredibly difficult; thanks for providing one more indicator.

The worst parts of this country seem to be slop-over from the south. "Take away this freedom from your people or we won't recognize your Visas" sort of thing.