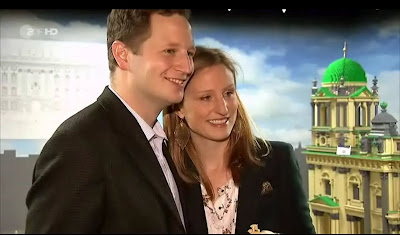 Posted by radical royalist at 10:28 am

Hail the auspicious morn!
To Prussia's throne is born
A royal heir
May he defend its laws
Joined with old England's cause,
Thus win all men's applause!
God save the Queen!

Special verse written for God Save the Queen in 1859 to celebrate the birth of the future Wilhelm II.