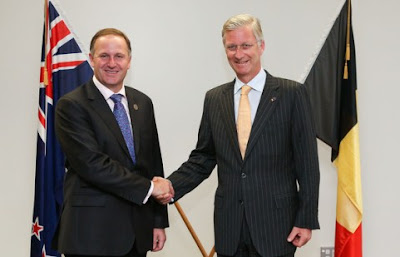 HRH Prince Philippe of Belgium, Duke of Brabant, has arrived in New Zealand where he was received by The Right Honourable John Key, Prime Minister of New Zealand. His Royal Highness leads the Belgian Economic Mission of 147 businessmen and women, representing 91 companies. The delegation came from Australia, where they held talks in Perth, Port Hedland, Sydney, Canberra and Melbourne.

HRH Prince Philippe was Guest of Honour at a dinner at Government House hosted by HE Lieutenant General The Right Honourable Sir Jerry Mateparae GNZM QSO, Governor-General of New Zealand. 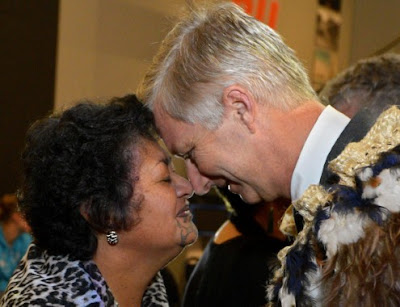 HRH Prince Philippe visited the Te Papa Tongarewa-Museum of New Zealand on 28th November.At the Museum the heir to the Belgian throne was welcomed with a Maori Ceremony of Welcome by Mr. Michael Houilihan, Chief Executive Te Papa Tongarewa and and was given a tour of Te Papa. 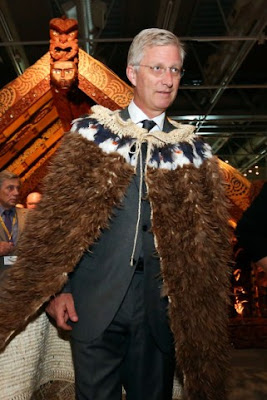 As a side note, HRH Prince Philippe left Auckland on a Qantas flight (QF 136) to Melbourne, where he boarded another Qantas flight (QF 9) to London Heathrow with stopover in Singapore.
Posted by radical royalist at 3:30 am