Queen Paola of the Belgians celebrates her 75th birthday


She may be Europe's least known Queen and she celebrates her 75th birthday today "dans l’intimité" - "in private" as the court announced - without public celebrations. But her Italo-Belgian charm can easily match that of the more famous European Queens.

Queen Paola was born Princess Ruffo di Calabria, on 11th September 1937, at Forte del Marmi in Italy. She is the youngest of seven children of Prince Fulco Ruffo di Calabria, a First World War flying ace, and Countess Luisa Gazelli. Her grandmother on her father's side, Laure Mosselman du Chenoy, was Belgian.

The Queen spent her entire youth in Rome, where she completed her classical secondary education in Latin and Greek. 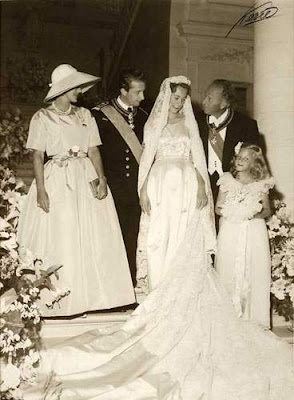 The Constitution did not provide for any particular official role for the Queen. Nevertheless, Belgian queens have always played a role in the public life of the country. So the Queen assists the King in carrying out his functions as Head of State: many visits to institutions, contacts with the population, ceremonies in Belgium and abroad, state visits, audiences with representatives of various groups in society and many cultural and social activities. Towards this end, the Queen pays special attention to her role as hostess. 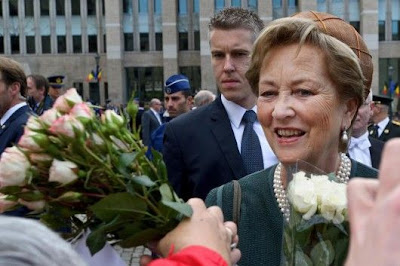 Apart from her activities in the company of the King, the Queen also devotes time to topics that are close to her heart, mainly in the social and cultural sphere.

Social activities
The Queen deploys the Queen's Charities to offer help to citizens who are struggling to cope with financial hardship in their daily lives and often turn to her as a last resort.

On her own initiative or by invitation, she regularly visits social institutions or medical centres throughout the country. These contacts enable her to keep her finger on the pulse of the people and their needs and requirements and of the many initiatives taken every year in Belgium to help others.

In April 2002, the Queen was made Honorary President of Child Focus, the charity which searches for children who have disappeared, combats sexual abuse and helps the parents concerned. Thanks in particular to her international contacts, the Queen is trying to facilitate the creation of similar operational centres in other countries.

Cultural activities
Having lived a long time in Rome, the Queen soon developed an appreciation of beauty and good taste in all areas:

Heritage
The Queen takes a keen interest in the protection and preservation of Belgium's heritage as a result of the very many visits she pays to gain "on the ground" experience. These include visits to Beguine convents and industrial facilities from the early 19th century. In this connection, the Queens devotes a lot of her time to facilitating the restoration and maintenance of the Royal estates and residencies.

The Queen is interested in both new and traditional crafts. She takes every opportunity to encourage the exercise and teaching of craft professions.
Contemporary art

The Queen is in constant contact with artistic circles and regularly supports major exhibitions or artistic performances both in Belgium and abroad by her presence or via High Patronage. On the initiative of the Queen, contemporary artists have had the opportunity to design and make original works within the Palace of Brussels.
Music

As a result of organising activities in the Palace, attending concerts, particularly those held against the background of the Queen Elisabeth International Music Competition, and visits to innovative initiatives, the Queen above all aspires to lend support to training and to emerging young professional musicians. 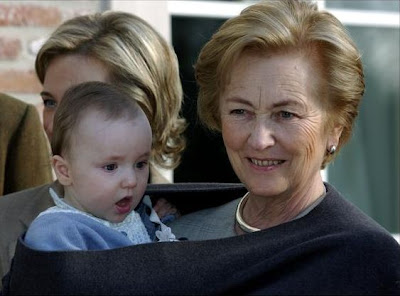 The Royal Family plays a key role in the Queen's life. In common with all grandmothers, the Queen is delighted to spend time in the company of her grandchildren. She is also keen on going on long walks in the forest with the King, as this offers her the opportunity to enjoy the rich variety of natural resources there and the changing seasons.

The Queen is also passionately fond of books, music and travel, particularly in Europe and Africa. 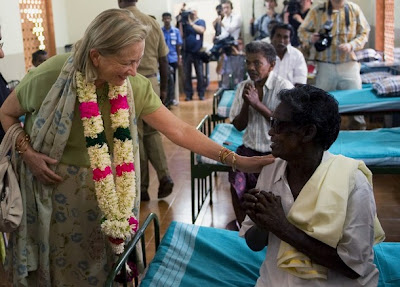 While in India, she visited the "Holy Family Hansenarium", a leprosy hospital in Tiruchirapalli, Tamil Nadu, founded in 1955 and supported by the Belgian Action Damien.

Posted by radical royalist at 4:31 am