He would be an old man today. Born on 2nd May 1935 as Crown Prince Faisal, the only son of the King Ghazi of the Hashemite Kingdom of Iraq, he did not have a chance to grow old.

His grandfather and first King of Iraq, Faisal, had died in 1933 aged only 48 and his father, who succeeded Faisal I to the throne at the age of 21, died in a car accident on 4th April 1939 at the age of only 27. Crown Prince Faisal (Arabic: الملك فيصل الثاني Al-Malik Fayṣal Ath-thānī) became King at the age of three years and eleven months and was also pretender to the throne of Syria.

Faisal I fought against the Turks with T. E. (Seven Pillars of Wisdom) Lawrence in World War I. On 7th March 1920 he was elected King of Greater Syria by the Syrian National Congress. In April 1920, the San Remo conference gave France the League of Nation's mandate for Syria, which led to the battle of Maysalun on July 24, 1920. Faisal was expelled from Syria by the French and emerged as founder and first King of modern Iraq.

His grandson’s accession to the Iraqi throne took place in 1939, a turbulent year worldwide. Iraq’s oil resources made the country a target for the rival powers. 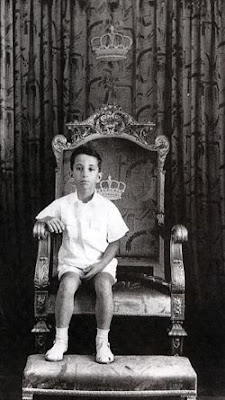 King Faisal II's uncle, Prince Abdul Ilah (see his profile by The Mad Monarchist) acted as regent until the king came of age. In April 1941, Prince Abdul Ilah escaped a military revolt that apparently aimed to kill him and lead Iraq to join the Axis powers. Prince Abdul Ilah fled to Jordan (ruled by his uncle Emir Abdullah I), while the young King Faisal and Queen Mother Aliyah sought refuge outside Baghdad. However, the promised German aid did not arrive.

By early June, British forces had taken control of Baghdad. Rashid Ali’s two-month rule ended when he fled to Berlin. The four Iraqi colonels behind his coup were captured and hanged. In retaliation, outraged Iraqi mobs stormed the Jewish quarter, presumed to be pro-British, and killed 179 men, women and children, injuring hundreds more.

Saddam Hussein, a child at the time, would later say that Rashid Ali’s rise and fall affected him deeply because the uncle who raised him was an army officer whose career ended when the coup was crushed.

Prince Abdul Ilah re-assumed his regency of Iraq, and King Faisal returned to the palace. Iraq re-newed the British alliance, and joined the United Nations in 1945. 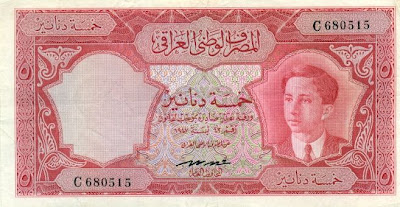 After World War II the young king began his education in Britain, finishing at Harrow in 1952. The next year, on his 18th birthday, he officially ascended the throne as Faisal II. King Faisal II began his reign with good intentions and a seriousness of purpose that his father had lacked. For guidance, he continued to rely on Prince Abdul Ilah and the veteran politician and nationalist, General Nuri al-Sa'id. With oil production now providing large revenues, the government determined to devote 70% of the wealth to development projects.

In early 1958 Egypt and Syria formed the United Arab Republic. The Hashemite monarchies of Jordan and Iraq announced plans to unite as well. However, on July 14, 1958, a division of the Iraqi army under the command of General Abdul Karim Kassem (Qasim) marched on Baghdad and robbed the country of its Monarchy.

More on the massacre of the Iraqi Royal Family that followed the republican coup d'état can be read here: The End of the Hashemite Monarchy of Iraq started 50 Years of Bloodshed: "The world was shocked and horrified, with the news of the coup d’état against King Faisal II of Iraq. The 23 year old King was brutally murdered in a military putsch on 14th July 1958." 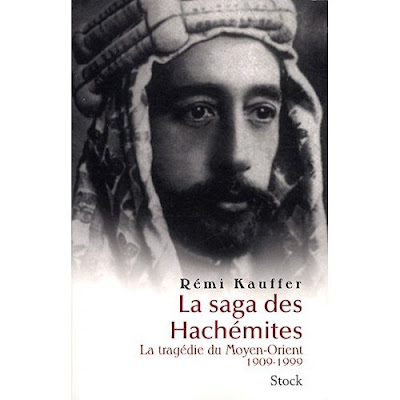 Posted by radical royalist at 5:58 am

His loss was one of the truly great losses of modern times. I don't think it would be an exaggeration to say that had he not been killed the world would have developed in a very different way -and a better way for people outside as well as inside Iraq.