On 2nd November Queen Sofía of Spain celebrates her 70th birthday. She was born Princess Margarita Victoria Friederika of Greece and Denmark almost exactly three years to the day after Greece had voted in a referendum to restore the Monarchy (3rd November 1935). 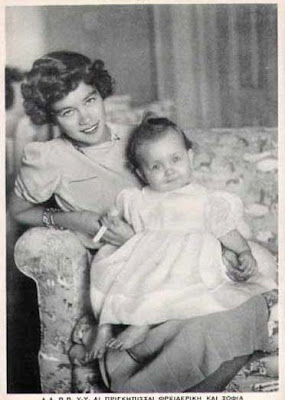 King George II of the Hellenes had returned after 12 years in exile, but he and his Romanian born wife Queen Elisabeth had no children, therefore Princess Sophia’s father was Crown Prince of Greece. In 1947 he ascended to the Greek throne as King Pavlos I. When she was born in 1938 Princess Sophia was second in line to the Greek throne until the birth of her brother Konstantinos on 2nd June 1940. He succeeded his father in March 1964 as King Constantine II of the Hellenes. 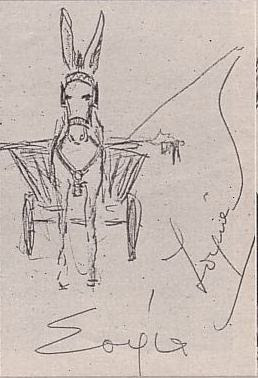 Drawing of the young Princess Sophia for Admiral Stavridis

The Greek Royal Family was again forced into exile in 1941, when German and Italian troops invaded the Kingdom. The Royal Greek Army fought bravely against the powerful enemies, but they could not prevent the occupation. In an adventurous escape Crown Princess Frederika and her two children fled first to the island of Crete, then to Egypt and finally to South Africa, where the family stayed until in 1946 another referendum affirmed the Monarchy in Greece. 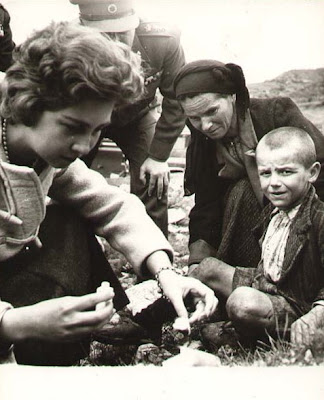 During the Greek civil war and the years of reconstruction in the 1950s Princess Sophia fulfilled her duties as a member of the Greek Royal Family. 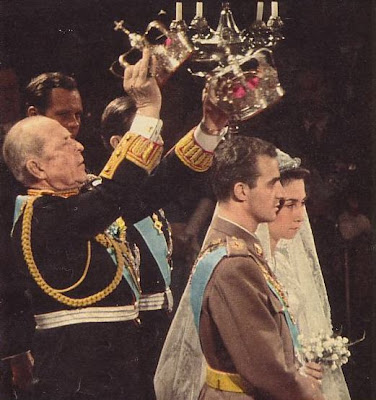 King Pavlos and his son, Crown Prince Konstantinos, held the crowns above the heads of the royal couple during the wedding ceremony in Athens.

After General Franco’s death Prince Juan Carlos was proclaimed King of Spain and the return of the Monarchy, which had been approved in a referendum in 1947, was completed in November 1975. A new democratic constitution was drawn up and accepted by the Spanish people in a referendum. In the difficult years of the renewed Monarchy as well as democracy and with various attempted coups by adherents of the old regime Queen Sofía was at her husband’s side to encourage and inspire him. 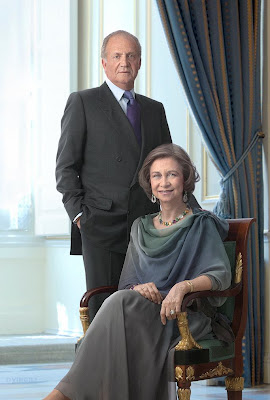 When celebrating his 30th anniversary on the Spanish throne, King Juan Carlos thanked Queen Sofía "for her constant support, sensitivity and commitment”.

On her 70th Birthday, the huge majority of the Spanish people [plus myself] will cherish their Queen and wish her a long life at the side of her husband, King Juan Carlos I.
Posted by radical royalist at 6:13 am

The real power behind the throne. Happy birthday, your Majesty!