From Canberra to Dublin: The Queen's favourite brooch

On her visit to Ireland the Queen wore her favourite jewellery, a brooch, which the Australian people gave her as a gift on her first visit to Australia in 1954. 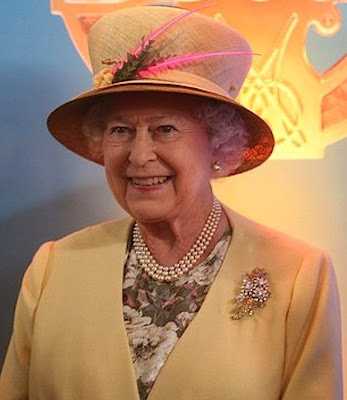 Queen Elizabeth II during a visit to Croke Park on 18th May 2011 in Dublin, Ireland. An unprecedented security operation is taking place with much of the centre of Dublin turning into a car free zone. Republican dissident groups have made it clear they are intent on disrupting proceedings. (Photo by Irish Government)

On a couple of occasions The Official Commemorative Volume of the Royal Visit to the Commonwealth of Australia, 1954, published by Angus and Robertson Ltd., Sydney, printed in Australia, refers to the brooch:

"Before the banquet [in Canberra on 16th February 1954] ended, Mr. Menzies presented Her Majesty with a gift from Australia - a diamond brooch in the shape of a spray of wattle and tea-tree." 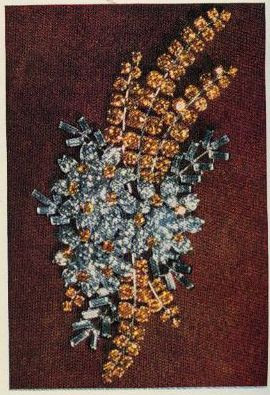 "A tribute to their Queen from the people of Australia was this diamond brooch outlining sprays of wattle and tea-tree, blooms symbolic of Australia. (Photo actual size.)"

The Queen wore the brooch on Saturday, 27th February for the Melbourne Cup at Flemington racecourse. "Her Majesty and the Duke made a 'Royal Ascot' entrance to the course, driving up the famous 'Straight Six'. They were escorted to the Royal box by the chairman of the Victoria Racing Club, Sir Chester Manifold."

It is remarkable that 57 years later the Queen keeps the gift of the Australian people in such high esteem that she wore it in Ireland on a visit that was of such immense historic importance and that was so hotly disputed by a tiny number of Irish republicans.
Posted by radical royalist at 7:50 am

Not The Melbourne cup on the 27th Feb 1954. But the Duke of Edinburgh Australian Cup won by Sunish.

Not The Melbourne cup on the 27th Feb 1954. But the Duke of Edinburgh Australian Cup won by Sunish.