Another birthday on 10th June:
Prince Georg Friedrich of Prussia

While the Commonwealth countries celebrate the 90th birthday of Prince Philip, The Duke of Edinburgh, in Germany Prince Georg Friedrich of Prussia can celebrate his 35th birthday. 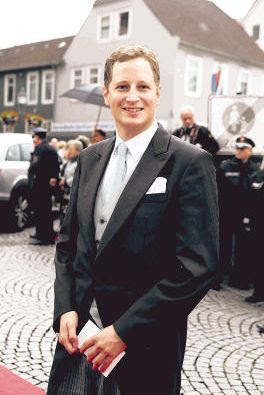 On 21st January 2011, Prince Georg Friedrich announced his engagement to Princess Sophie Johanna Maria of Isenburg (born 7th March 1978), daughter of Prince (Fürst) Franz-Alexander of Isenburg (from the Catholic branch of Isenburg-Büdingen-Birstein) by his wife, Princess (Fürstin) Christine, neé Countess of Saurma and Baroness von und zu der Jeltsch. The wedding is scheduled to take place at the Church of Peace (Sanssouci) in Potsdam on 27th August 2011. 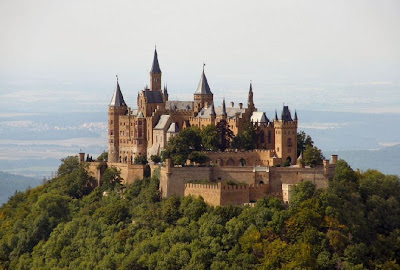 Throughout 2011 all over Germany there will be celebrations and exhibitions on the 950th anniversary of the House of Hohenzollern.

Prince Georg Friedrich is also in the line of succession to the British throne. At present he is holding position 179 according to the William Reitwiesner's list.
Posted by radical royalist at 12:28 am