What would the Kaiser say?

A truck slammed into a crowded Christmas market in central Berlin on Monday night, killing at least 12 people and wounding 48, some critically.

The Scania-brand truck plowed up to 80 meters (260 feet) into the Christmas market near the iconic Kaiser Wilhelm Memorial Church, along the Kurfürstendamm shopping mile, at around 8:30 p.m. local time as people were getting off work in the busy shopping district just days before Christmas.


Kaiser Wilhelm Memorial Church at Breitscheidplatz is one of Berlin's most famous landmarks. The ruin of the old church has been converted into a war memorial.

Built between 1891-95 in memory of Kaiser Wilhelm I, the first German Emperor and King of Prussia (1861-1888), by Franz Schwechten in neo-romanesque style, it was damaged on December 23rd, 1943 and subsequently almost completely destroyed during the April 1945 air-raids.

The Hohenzollern Family remained attached to the church. It is said, that Kaiser Wilhelm II took the keys to the church into exile in Doorn. When his grandson and successor Prince Louis Ferdinand of Prussia died, a memorial service was held in the Kaiser Wilhelm Gedächtniskirche.


No assassination can rob this prestigious place its dignity. The noble church and the family that have been associated with it have endured many moments of sadness and sorrow.
Posted by radical royalist at 5:29 am No comments: Links to this post 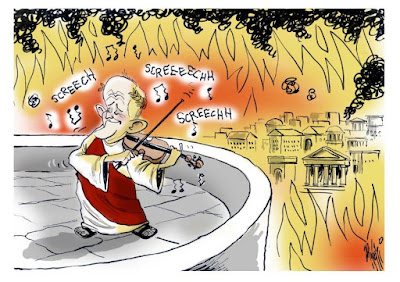 Yesterday evening Prime Minister Turnbull addressed a millionaire's meeting - aka 25th anniversary dinner of the Australian republican Movement (ARM) - in Sydney. His reaffirmed his support for "a" republic was not excactly welcomed by the media, which says a lot considering usually the pro-republican bias. The HeraldSun's report predicted The only republic Turnbull will give us is a banana one. And the ABC quoted federal government MPs saying: Turnbull's 'Keatingesque' support for republican movement a 'political death wish'.

Malcolm Turnbull knew, that the idea to replace the Australian Constitutional Monarchy with "a" republic has little support, therefore he called for "a strong grassroots political movement mobilising a substantial majority behind the republic, that must be delivered by [the] republican movement today … not by the Government or the Opposition". He even admitted: "It is hard to see how this issue would return to the forefront of debate during the Queen's reign."

So, can it be expected that all will be quiet at the republican front?

He did commit to working with republicans to create what he described "a grassroots campaign". "Right now” Turnbull said “an Australian republic is not inevitable, but we can make it so by working together on this great unfinished business for our nation."

As far as monarchists are concerned, they would not have been pacified in any way with his comments and in particular with his closing remarks “Advance Australia. Up the republic.” They would also be concerned that the Prime Minister has committed to working with the Australian Republican Movement to make "a" republic happen.

Monarchists must be vigilant and fight the numerous signs of republicanism in the country. Next Australia Day will see many republicans crawl out of their holes and attack the Crown. The Australian of the Year who was appointed on Australia Day 2016 was a disgrace and threatened to fight for "a" republic during his tenure. Fortunately the man was so controversial that calls for the Resignation of David Morrison as Australian of the Year never stopped.

Posted by radical royalist at 6:01 am No comments: Links to this post

"Now, King Constantine have appeared publicly on the streets of Athens with his wife. The two were seen when they were out, looking to buy Christmas gifts for their family. According to witnesses, they visited one of Athens finest jewellery stores and some other shops. The news that the Greek King was out in the streets spread quickly both in the media and among Athens residents. Not long after the King was first observed a small herd of Greeks had gathered outside the store the King was in and cheered when the King came out.

"The King seemed in good health, he took the time to be photographed with some of those who waited for him and he spoke to some of them. He was still pretty shaky and had difficulty keeping his balance. He leaned on a walking stick with his right hand and his wife held him steady with his other arm."
Posted by radical royalist at 12:41 am No comments: Links to this post 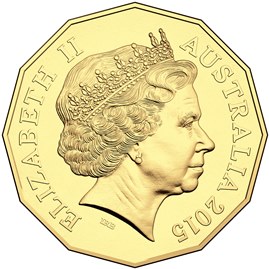 Can you spare $3,000? Instead of buying Christmas presents for your loved ones or donating the money for a charity and the needy a rather weird alternative is to buy a seat at the Gold Table dinner of the Australian Republican Movement (ARM) and sit next to Malcolm Turnbull. The not remotely successful Prime Minister plans to attend a fund raising dinner for the ARM on Saturday night at Sydney University.

ARM chairman Peter FitzSimons said: "It is an occasion to honour those who've got us to this point.” He may have been sarcastic, because neither the republican movement nor Malcolm Turnbull have been achieving anything in recent years.

Channel Ten’s Paul Bongiorno said that Malcolm Turnbull will hold a speech on the republic. Be prepared for something nasty to distract from the governments deep deficit and the problems to pass legislation. It must be a welcome change for Malcolm Turnbull to talk to his fellow millionaires next Saturday rather than to find solutions for Australia’s problems. Because: The Monarchy certainly is not a problem for the Australian people – only for ambitious politicians.

"We are aware that the Australian Republican Movement has been building up its resources for some time.

"We already know that the now Israeli resident, James Packer, donated $50,000 to the Australian Republican Movement earlier this year. Only this week it was announced that he has donated a further $200,000. The Australian Republican Movement has sent out an email announcing this stating: 'This latest boost is just one of the thousands of financial contributions we have received over the last 18 months.'

"One may ask why does the Australian Republican Movement get such large donations when we, the Australian Monarchist League, are reliant principally on the few dollars our members can afford? The probable answer is, a president could be helpful for business (perhaps this particular mogul would like to be president himself) whereas our supporters have nothing personally to gain except the continuation of the security and stability that our constitutional monarchy provides.

"However, with this sort of largess, the ARM can no longer be dismissed out of hand.

"The Australian Republican Movement says that they have used the funds to reduce their membership fees and to employ, as ARM Campaign Director, a young professional who has consulted to the Liberal and National Parties on multiple state and federal election campaigns. Apparently he is an Army Reserve officer and one wonders how such a person equates his oath or affirmation of allegiance to the Queen whilst campaigning to bring down the system of governance he has sworn to uphold? ...

IMPORTANT THAT AML CONTINUES TO GROW

"It is so important for the Australian Monarchist League to grow in numbers and in financial backing. Our war-chest remains relatively untouched despite having to pay for so many advances and innovations over the past year.

"Advances such as our website which is modern, innovative and easy to navigate although we do need to put finishing touches to it and will do so once we have the funding. Our media division tops that of any other in the field, but does need continual training and development, which can be expensive. When we have available funds we will also be retaining professional assistance for our media output.

"For years we have been speaking with the government - both Howard’s and Abbott’s - about publishing and disseminating a booklet clearly outlining what our system of governance is and the part the Queen plays in it.

"For years we have been knocked back or ignored and we have therefore taken it upon ourselves to prepare a booklet and a video which should be published very shortly. This will obviously cost a fair amount, but it is something that must be done if we are to get our message across, particularly to new Australians.

"However, we still remain without the sort of funding needed to establish an office and small staff but we do manage with the facilities and resources we have and owe a tremendous amount to our volunteers for their input. We are also extremely grateful to those of our members who support us financially. Unlike some politicians we do not have foreign governments or corporations coming to our aid - nor would we ever want them to. The Australian Monarchist League has always controlled its own destiny and has never bended to the will of politicians or big business.

MEMBERSHIP
"Republicans, particularly Irish republicans, are people that will shout their affiliation from the rooftops [the twelve million dollar ($12M) a year Irish CEO of Qantas, Alan Joyce, has joined the Republican Movement (AFR 4/11/15)], whereas monarchists generally being traditionalists, are far more conservative in their outlook, preferring to keep their sentiments to themselves. This is why people are joining the republican movement whereas, whilst we enjoy a great amount of support, monarchists prefer not to join any organisation.

"As an incentive for members to encourage monarchists to join AML over the next month we will send out to both the proposer and the person who joins a free copy of “the Servant Queen”. To enable us to do this, we would need the proposing member to let us know whom they have approached. Membership information can be found on the covering sheet with this mailing. If you require membership cards for distribution, please advise how many you need?" 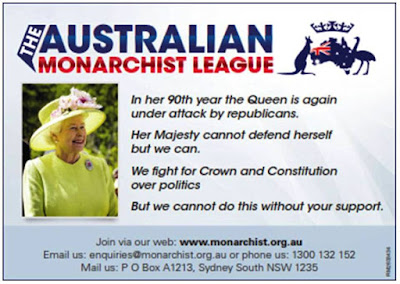 Posted by radical royalist at 6:51 am No comments: Links to this post