When asked about their preferred republican system, Australian republicans sometimes claim the German model could be suitable for this country. It is doubtful they know, what they are talking about, since are usually ignorant of the German republic’s structure. They should have a proper look, especially one day after the German president Horst Köhler announced his resignation with a bang.

In a televised press conference he took just about everybody by surprise, when he announced: "I am resigning my post as federal president with immediate effect." Mr. Köhler's resignation caught Germany's political parties completely off guard. Chancellor Angela Merkel was reportedly only informed of the decision two hours before the public announcement.

Merkel’s question: president or football?
Deutsche Welle illustrated the dramatic situation by telling its audience: “After she was informed of his decision, Merkel cancelled a planned afternoon visit to the training camp of the German national soccer team.” Well, this must be a real political crisis if she had to cancel a photo shooting opportunity with footballers.

In the past few days, Köhler had been under fire for saying that a country like Germany, which was heavily reliant on foreign trade must know that military interventions could be necessary to uphold German interests. He said that for an export-orientated country like Germany, it was sometimes necessary to deploy troops "to protect our interests... for example free trade routes".

After a public uproar, Köhler tried the usual politicians excuse and said his comments were "misunderstood" and that his remarks were not meant to refer to the mission in Afghanistan, where Germany has 4,500 troops in a NATO-led force fighting a Taliban-led insurgency.

A former managing director of the International Monetary Fund (IMF) in Washington, Köhler was elected to the post of president in 2004 and re-elected in 2009 – each time with only one vote more than the required constitutional majority.

Despite his slim margin Köhler tried to re-interpret the German constitution and act as a “political president” instead of restricting himself to ceremonial duties. 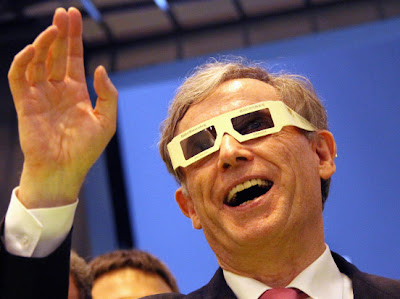 This is how the Munich daily newspaper Süddeutsche Zeitung began its editorial:

Köhler claimed to be exempt from critcism, but was openly criticising everything and everyone. In his opinion the office of the German president should be beyond criticism, something neither the Queen nor any other Constitutional Monarch would expect.

The conservative daily Frankfurter Allgemeine Zeitung opened its editorial with a heavy blow against the ex-president:

Shortly after his re-election he was termed a "lame duck“ and what was more significant: Within a short time important collaborators left the Bellevue Palace in Berlin. When he gave the crucial radio interview, that became the trigger to his resignation, he had no press secretary, because the previous one had left him all of a sudden and in disagreement and the new one hadn’t yet arrived.

Germany's federal president is elected by secret ballot in a Federal Convention (consisting of all members of the lower house of parliament, the Bundestag, and a corresponding number of representatives from the federal states), without a prior debate, and requires an absolute majority. In case none of the candidates achieve an absolute majority in the first two rounds, then the candidate who receives a simple majority in a third round of voting is considered elected.

Should anyone dream of an non-political president or one that acts above party lines, the German example should teach them a lesson. No matter how they get into their presidential palaces, they cannot shed their past. They remain politicians and act like politicians. Mr. Köhler is the best example for this thesis.
Posted by radical royalist at 6:06 am

And you know what - he was actually right on the money on the issue. Germany, like all nations, must reserve the right to uphold her interests.

As for the office being above criticism, the man was elected. Apparently that's all one needs in order to beyond questions of competence and leadership ability.

And one wonders why politicians are so despised in this day and age.