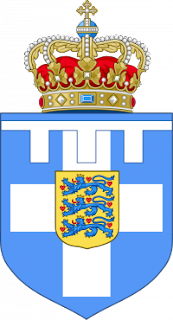 His Royal Highness Crown Prince Pavlos of Greece has launched his discussion forum, The Periscope Post. Just a few days before the Greeks go to the polls again, he has chosen a provocative title: Germany failed to conquer Europe through military power, are they now succeeding through financial and socia-economic power?

The answer the Greek Crown Prince gives, is far away from statements uttered by the Neo-Nazis of Chryssi Avgi, populist Syriza or the numerous marxist parties who shout unrealistic slogans and promise the sky to the desperate Greeks.

"Not all countries have the resources to be as industrially productive as Germany, but in the southern sphere of Europe, we at least need to consider a better work ethic and social responsibility. We need to pay our taxes, not cheat the system, and ensure that education is based not only on completing a high school diploma or baccalaureate, but also on bringing up socially responsible adults. If a population wishes to mirror some of the social benefits that northern European countries such as Germany, Denmark, and Sweden enjoy, then they must also recognize the need to be responsible to themselves, to their neighbours and to their governments. Similarly, governments can no longer try to gain votes by promising deals that will eventually bankrupt their own countries. We cannot expect to receive and not give back in sweat, innovation and social unity. As the late John F. Kennedy famously said, 'ask not what your country can do for you; ask what you can do for your country'."

While the Greek Royalists are still not able to present their ideas to the Greek people because of the banning of the Monarchist party  National Hope (ΕΘΝΙΚΗ ΕΛΠΙΔΑ), Crown Prince Pavlos is able to have his say in the Greek future. The internet cannot be banned by the Greek authorities. 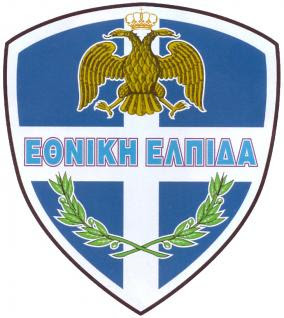 Posted by radical royalist at 12:37 pm

According to the Wikipedia article http://en.wikipedia.org/wiki/Greek_legislative_election,_June_2012 it seems that the monarchist party National Hope has been permitted to stand in election this time, though I don't have any more information about it.

Thank you for the correction. I asked my Greek contact for verification. Let's hope that National Hope will be successful.
Here's a video of the party leader:
www.youtube.com/watch?v=Q6gAob11PTk&feature=my_liked_videos&list=LLEWjRMSkW0ohCugKY00khoA

Wikipedia might be right and National Hope is in the race this Sunday. A Greek Royalist sent this message:

The party "National Hope" has not candidate in my region.

Come one, this a party formed with clowns, gtaphic far-right wing old people, and doesn't represants the Greek Royalists, but only themselfes...and ofcourse, King Constantine doesn't want to have any connection to them...