You could have guessed it

The Queen's decision to award former Australian Prime Minister John Howard one of the highest honours in the Commonwealth was not well received by The Age: It's an honour, Mr Howard. Why?

Mr. Howard had been appointed to the Order of Merit. The Order of Merit, founded by 1902 by King Edward VII, is a special mark of honour conferred by the Sovereign on individuals of exceptional distinction in the arts, learning, sciences and other areas such as public service. Appointments to the Order are the Sovereign's personal gift and ministerial advice is not required. The Order is restricted to 24 members as well as additional foreign recipients. It is in the personal gift of The Queen as Sovereign of Australia, New Zealand, Canada, the United Kingdom and twelve other countries. 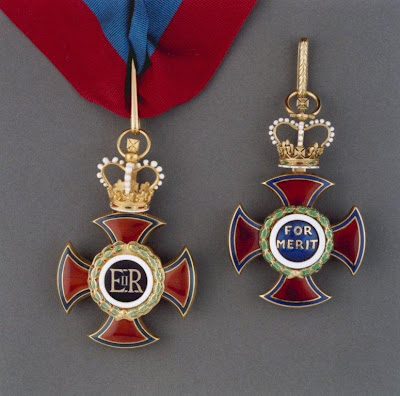 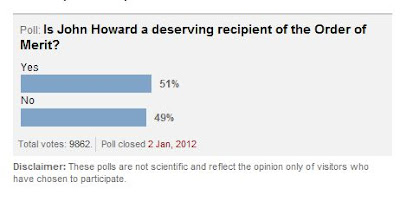 While in The Age's internet poll 51 percent agreed that John Howard is deserving to become a member of the Order of Merit, 100 percent of the letters to the editor (all in all seven) published today were against John Howard and the Australian Monarchy. The silliest of all came from Lyn Mitchell: "Now it's definitively time to become a republic." Only she and The Age's editor might draw a connection between honouring a retired politician and introducing a politicians' republic.
Posted by radical royalist at 12:35 am