Queen Margrethe II of Denmark 40 years on the Throne

This Friday festivities start to celebrate Queen Margrethe II's accession to the Danish throne on 14th January 1972. A timely present was the result of an opinion poll, published on 29th December 2011. The Megafon poll was published in the daily Politiken: "Almost eight out of ten Danes have a high opinion of their royal family and would rather live under a monarchy than a republic."

77 percent of all Danes declared they were in favour of the Monarchy, only 16 percent would prefer a republic. In the last couple of years, those in favour of a republic dropped from 25 to 15.8 percent. 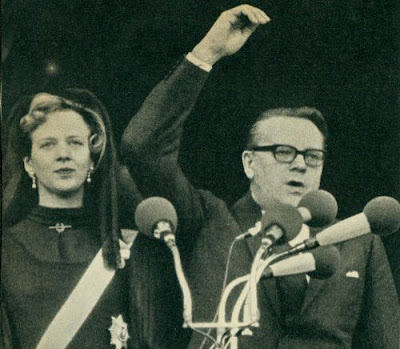 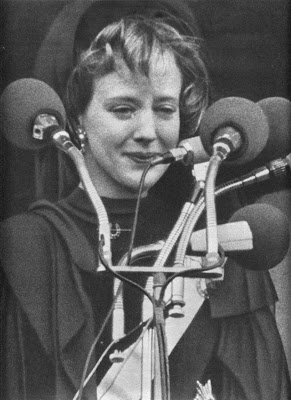 In her first address to the people, Queen Margrethe II said: "My beloved father, our King, is dead. The task that my father had carried for nearly 25 years is now resting on my shoulders. I pray to God to give me help and strength to carry the heavy heritage. May the trust that was given to my father also be granted to me."

Her Majesty was born on 16th April 1940, at Amalienborg Palace to then Crown Prince Frederik and Swedish-born Princess Ingrid. When Crown Princess Margrethe Alexandrine Porhildur Ingrid became Queen of Denmark on 14th January she choose the motto: "God's Help, the Love of the People, Denmark Strength."

As Danish Monarch, Queen Margrethe II has a seat on the State Council, a position she has occupied since 1958, when she turned 18. In addition, she is the supreme commander of the Danish Defense Forces, a position she has been prepared for, having performed voluntary service with the Women's Flying Corps in 1958-1970 when she received comprehensive training in the corps.

As Head of State, the Queen signs all Acts of Parliament, participates in the formation of a new government, receives regular reports from the Prime Minister. The Queen receives every Ambassador from foreign countries and also formally appoints and dismisses civil servants. 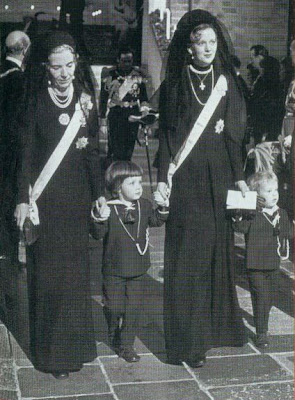 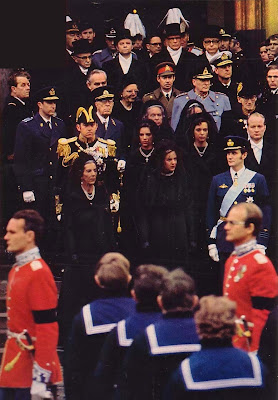 Beyond her official duties, Queen Margrethe II has been actively engaged in a number of artistic modes of expression: painting, church textiles, watercolors, prints, illustrations, sketches, decoupage works, scenography, and embroidery. She illustrated many books, including the 2002 reissue of J.R.R. Tolkien's The Lord of the Rings. Her semi-abstract paintings have meanwhile become fixtures in museums and art galleries both in Denmark and abroad.

Queen by the people's vote
The Danish Act of Succession of 27th March 1953 was accepted in a referendum on 28th May 1953 and sets the line of succession to the Danish Throne. The 1953 referendum changed the act making it possible for a woman to inherit the throne in the event that she has no older or younger brothers, a system known as male preference primogeniture, similar to the existing British Succession Laws. As the then reigning King Frederick IX (11th March 1899 – 14th January 1972) had three daughters and no sons, this had the effect that Princess Margrethe became the Heiress Presumptive instead of her uncle Prince Knud.

As King Frederick IX's wife, Queen Ingrid (28th March 1910 – 7th November 2000), was not expected to have any more children, this effectively ensured that Princess Margrethe would become Queen of Denmark, which she did. 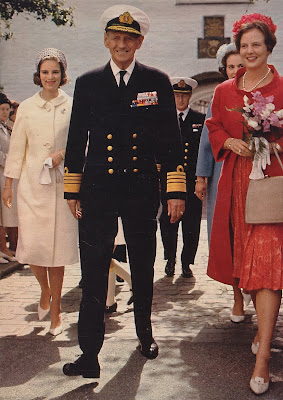 Queen Anne-Marie of the Hellenes, youngest daughter of King Frederik IX of Denmark and sister of then Crown Princess Margrethe of Denmark.

Another referendum was held on 7th June 2009 on changing the Act of Succession so that primogeniture no longer puts males over females. In other words, the first-born child would become heir to the throne regardless of gender. The actual line of succession was not changed, because Queen Margarethe's heir is her eldest son, Crown Prince Frederik then follows his first born child, Prince Christian. 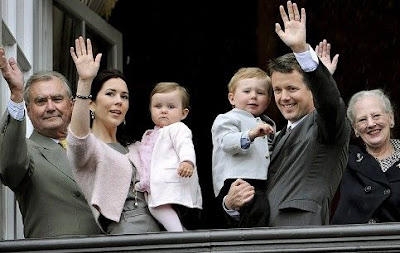 Posted by radical royalist at 3:09 am