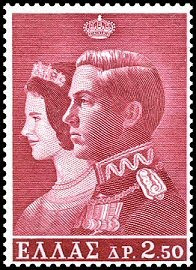 His Majesty King Constantine II of the Hellenes has published the following statement on his website:

'I am aware of the collective feeling of sorrow and grief; that which transcends blame. When anger erupts, when hope is hard to perceive, this feeling is expressed through reaction and violence.

However, now is not the time for Greece and her people to succumb to rage, valid as it may be. Now, is the time to stand up for our faith in Democracy. It is time to remember that we have prevailed in hardship, drawing on the unfailing force that we amass in unity.

For Greece to achieve the first, painful steps out of recession, the nation needs to overcome the political and social crisis by separating it from the economic crisis. As with any breakthrough, this will require both strength and patience.

Five weeks ago, in Pilio (Greece), I had proposed that ‘we may even have reached the point for a coordinated, peaceful protest to take place, resembling what inspired the people of Northern Ireland a few years ago, when in a unified, silent march they expressed the spirit of a nation against those who wounded their country, the Democracy and its citizens’. That was the stance of a nation against terrorism; this, I believe, should be the outcry to those who threaten Democracy in Greece.

If the people succumb they will become victims, if the people react they will become predators. If, through the wisdom of peace and the power of solidarity they rise above the pain of injustice, the nation will prevail and lighten the path for the next generation, and for the rest of the world.'

Posted by radical royalist at 2:08 am

How inspiring The King can be! He clearly cares deeply for his people and for the wellbeing of the nation in the way only a monarch can.

To return back to Greece, maybe, but after the mafia Papandreu-Caramanlis is gone. Forever.