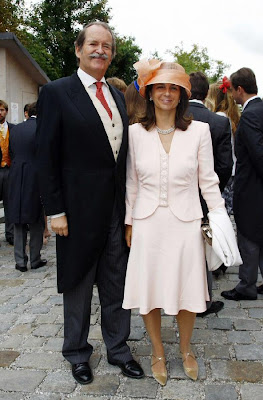 Reaching the age of 65 usually indicates retirement. Today His Royal Highness, Dom Duarte, Duke of Braganza, can celebrate his 65th birthday, but anybody suggesting he should retire would be greeted with his laughter. The Head of the Portuguese Royal Family is far from retiring from his duty to his country and his right to become King of Portugal. 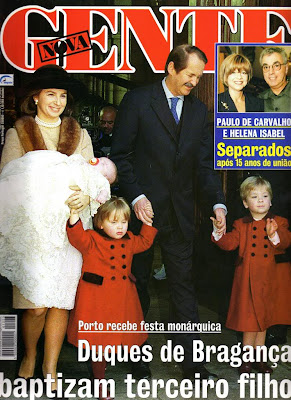 As the RadicalRoyalist has written before recent opinion polls demonstrated that up to 30 percent of the Portuguese people would not mind having a King instead of a president.

On his own website His Royal Highness lays out his rights to succeed to the Portuguese throne:

The Legal Assessment of the Department of Legal Affairs of the Portuguese Foreign Office, dated 17 April 2006, established the rules of succession according to Customary International Law and Portuguese Constitutional Law, namely the Constitutional Chart of 1826, which governed succession until the fall of the Monarchy in 1910.

On the 13th of May 1995, Dom Duarte of Braganza married Dona Isabel Ines de Castro Curvelo de Heredia. The royal couple have three of a family; Dom Afonso of Braganza, Prince of Beira, Dona Maria Francisca, Infanta of Portugal and Dom Dinis, 4th Duke of Porto. 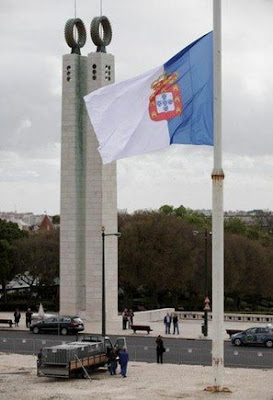 This gigantic blue and white flag of the Kingdom of Portugal (6 x 4 metres) was hoisted on Friday, 26th March in the Parque Eduardo VII, right in the centre of Lisbon. The „Carbonara – Movimento Monárquico para as Massas“ (Carbonara – Monarchist Movement for the masses) replaced the present green and red nation flag of Portugal to honour the Portuguese heir to the throne Dom Afonso de Santa Maria de Herédia e Bragança, who celebrated his 14th birthday on that day.
Posted by radical royalist at 6:37 am