The previous Victorian government had predicted the presence of Queen Elizabeth II, Queen of Australia, at the Melbourne Cup: On 2nd February 2010 Victorian Racing Minister Rob Hulls, told the public that the Queen had been invited to attend Australia's premier horse race.

"I know that the Queen is a great racing fan, and I honestly don't know whether or not she has any plans to come here," he told reporters. It was “up to her” if she wanted to attend the 150th Melbourne Cup he stumbled into the TV cameras.

As it turned out, the Queen did not visit Melbourne in 2010, but one year later. However, the Melbourne Cup is on the mind of our Royal Family and in 2012 The Prince of Wales and The Duchess of Cornwall are expected to be in Australia in early November. Their Royal Highnesses have been deputised to represent The Queen and that their visit will be a continuation of the Diamond Jubilee celebrations in Australia.

This week, The Age published the news Charles and Camilla tipped for Melbourne Cup. “Prince Charles and his wife, Camilla, may outshine all the other celebrities at this year's Melbourne Cup, if speculation is correct that their Australian visit will include a day at the races.” 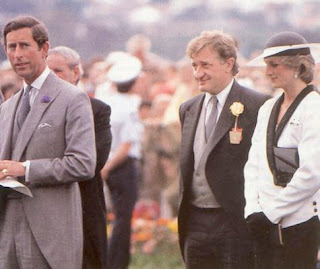 It would be Prince Charles' second time at the Melbour-ne Cup, after his trip to Fleming-ton with Princess Diana in 1985. If the royal couple do grace Flemington on Tuesday, 6th November, they will certainly be the highest profile guests at the spring racing carnival. So far the sponsors have yet to announce their international celebrity guests but it was already announced that actress Mischa Barton will be a Cup guest. Mischa who?, you may ask. The Royal guests would draw world-wide attention to Australia’s most important race.

The Melbourne Cup has been Australia's major Thoroughbred horse race since it was started in 1861. It is marketed as "the race that stops a nation" and held on the first Tuesday in November, which is a public holiday in Victoria.

The 2012 Melbourne Cup Field will be announced on the Saturday before the race, 3rd November 2012. 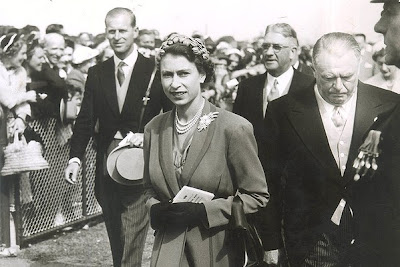 On the first visit of a reigning Australian Monarch the Queen and Prince Philip attended the Melbourne Cup in 1954.
Posted by radical royalist at 6:40 am

I Interesting post. I have been wondering about this issue,so thanks for posting.