The Swedish Crown Princess Couple is expecting a child

The birth is expected to take place in March of 2012. No changes in the schedule of The Crown Princess´s public engagements are planned during the autumn of 2011.

Swedish tabloids immediately jumped into a frenzy over the the news. 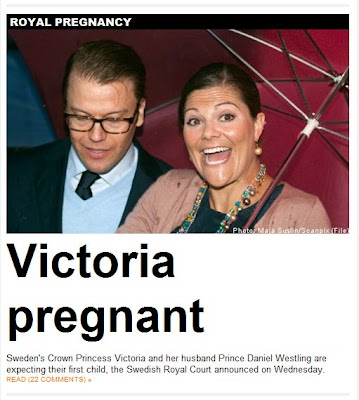 "It is with great joy that I have been informed of the news that the Crown Princess and Prince Daniel are expecting a baby. You have a fantastic experience to look forward to and I want to send my warmest congratulations to you both," wrote Prime Minister Fredrik Reinfeldt in a statement. 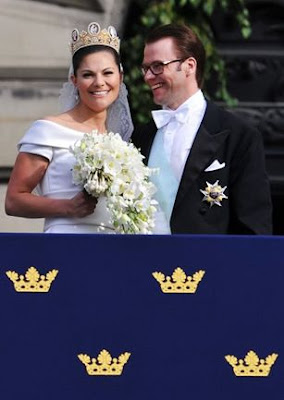 Posted by radical royalist at 11:57 am