This Monday is a public holiday in Victoria: Labor Day. It commemorates the granting of the eight-hour working day for Victorians. It also recognizes workers’ contributions towards the nation’s economy. 14th March also happens to be Commonwealth Day and the theme that has been agreed by the Queen is ‘Women as Agents of Change’. This theme will be celebrated throughout the Commonwealth during the year, with special events taking place during the week of 14th-20th March.

Reading The Age today gives you no hint of the importance of this day. This newspaper ignores the workers as it ignores the Commonwealth and the Queen on Her official birthday in June. At least the journalists did not have to write abusive editorials and other opinion pieces on workers’ rights today as they usually do against Australian Monarchists and the Australian Monarchy.

In The Age’s editor’s eyes workers aren’t even worth being mentioned, while the Queen’s constitutional role really annoys Fairfax media Ltd.

What should be Fairfax media’s next demand? Scrap the public holiday as The Age routinely suggested for Queen’s Birthday holiday. Wait for the editorial on 13th June 2011. Australians will see a repeat of the 2010 ritual. Scrap Monday's holiday: Republicans: "Workers might be looking forward to their day off on Monday, courtesy of the Queen's Birthday holiday, but republicans want it scrapped." 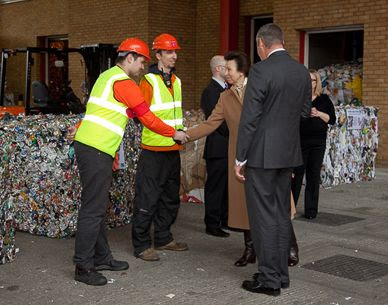 Posted by radical royalist at 2:41 am