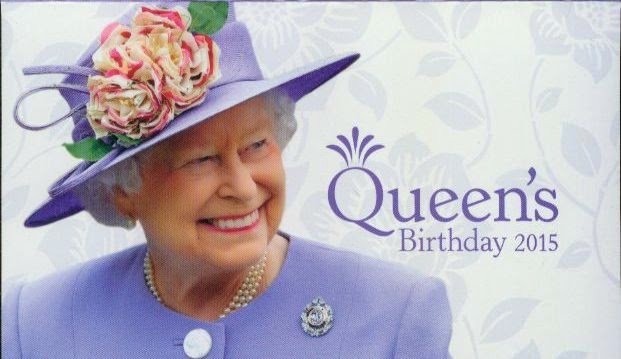 While the Queen's grandson, Prince Harry, touched down in Australia and will start serving with the Australian Defence Forces (ADF) from today onwards, this year's Queen's Birthday stamps have been issued.

This year marks the 89th birthday of Queen Elizabeth II and Australia Post celebrates this royal milestone with the release of two stamps depicting the Queen at recent official engagements.

Australia Post Philatelic Manager, Michael Zsolt said: “Australia Post has issued Queen’s birthday stamps since 1980 following a tradition that resonates with many Australians. We trust this stamp issue will be popular with collectors and followers of royal events.”

The 70 cent stamp shows Her Majesty on the occasion of her visit to the Ebony Horse Club and Community Riding Centre in Brixton in October 2013. 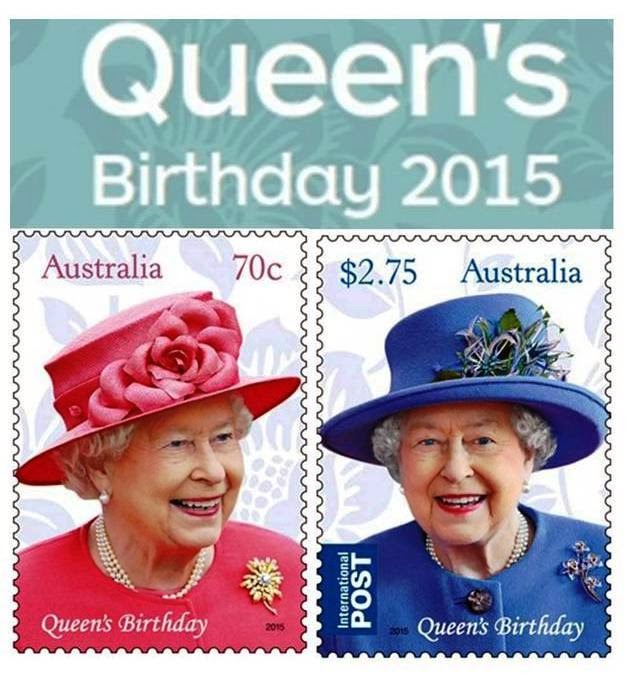 The $2.75 stamp depicts the Queen at Windsor Castle in April 2014, when Her Majesty met Irish President Michael D Higgins on his historic first-ever state visit to Britain by a Republic of Ireland’s head of state.

A feature product associated with the Queen’s Birthday stamp issue is a prestige booklet showcasing selected hats from the Queen’s royal hat collection. The Queen’s Hats prestige booklet will be of great interest to collectors, those interested in all things royal and of course to milliners of all ages.

Other products associated with this stamp issue include a miniature sheet, first day cover, stamp pack, sheetlet of five $2.75 self-adhesive stamps and a set of two maxicards.

The Queen’s Birthday stamps and associated products are available from 7 April 2015 at participating Post Offices, via mail order on 1800 331 794 and online at auspost.com.au/stamps while stocks last.
Posted by radical royalist at 4:42 am