Saint Vincent and the Grenadines 35 years an independent Dominion 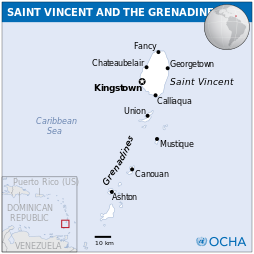 In 2009 politicians tried to replace the Monarchy with as republic, but this proposal was defeated in a popular referendum. 29,019 votes (55.64 per cent) voted for the Monarchy, while 22,493 (43.13 per cent) gave preference to a politicians' republic.

Congratulations to the people of Saint Vincent and the Grenadines on their independence day and on their wise decision to remain a Constitutional Monarchy.
Posted by radical royalist at 11:08 am