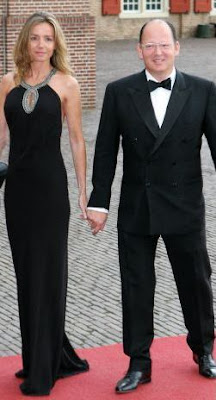 The eldest son of the Bulgarian King Simeon II (71), Crown Prince Kardam (46) was severely injured in a car crash on 15th August. The car accident happended in a Madrid suburb. The Crown Prince suffered cranial fractures and lost both hands. He was flown by helicopter to the Madrid clinic 12 de Octubre. His accompanying wife, Crown Princess Miriam, suffered several bone fractures, but her life is not in danger. 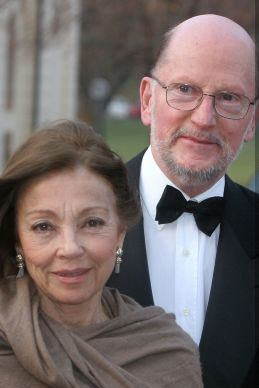 King Simeon and Queen Margarita of the Bulgarians

The couple has two sons, Prince Boris and Prince Beltrán, and lives in Spain, were King Simeon had been in exile until he returned to Bulgaria as the country's Prime Minister.
Outside the Madrid clinic: Queen Margarita of the Bulgarians with her sons, Prince Konstantin, Prince Kubrat and Prince Kyril.
Posted by radical royalist at 12:21 pm